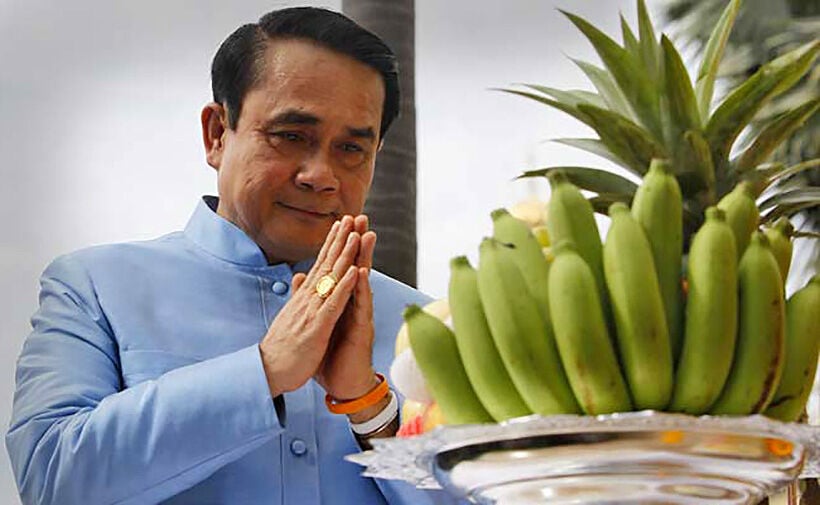 So what is the main topic for debate in next month’s censure motions directed at the Thai PM Prayut Chan-o-cha and 10 ministers in the Thai parliament?

The handling of the Covid pandemic? Problems with the economy? The new motions to change Thailand’s marriage laws?

No, the opposition will be going after the government for their botched cannabis decriminalisation and legalisation laws. Or, specifically, their lack of details and the loose ends left dangling for Thais and foreigners to navigate.

With the numbers of Coronavirus infections dropping dramatically since April 1 (when thy peaked at 28,000 on that day), the heat has gone out of that topic.

Politics aside, the June 9 announcements about Cannabis in Thailand were broadly misinterpreted to be a blanket legalising of cannabis, marijuana and all the other derivatives of the controversial plant. The actual details and legislation hadn’t even been tabled in parliament for debate. It’s still not. But many enthusiasts, including some Thai media, have already made up their own mind on what the exact laws are.

So the opposition are targeting the government over its botched announcements on, what some believe, is a crucial societal issue that requires a proper debate.

The topic also brings additional focus to the deputy PM and public health minister, Anutin Charnvirakul, whose Bhumjaithai party has championed the changes to Thailand’s treatment of cannabis as a Category 5 drug.

The imbroglio has been also been coloured red after former, and fugitive Thai PM, Thaksin Shinawatra, proclaimed that there were similarities between opium and marijuana, warning that people need “proper science and education.” He said that when opium first came on the scene, it also had many properties that people used it for, however, it was used recreationally and abused.

Thaksin is known for his “war on drugs” in Thailand. Thaksin launched a war on drugs in 2003. During the campaign, more than 2,500 people were killed. Thaksin’s government said this was largely due to drug dealers killing each other, but human rights groups said it was the result of extrajudicial police killings.

So the progressive opposition parties find themselves in a curious position launching censure motions over the current conservative government and their ‘progressive’ changes to the drug laws.

With the Democrats currently sidelined as a political force after April and May’s #metoo revelations that scoured leading figures from the party’s leadership group, the other leading block of votes is Anutin’s 51 Bhumjaithai MPs whose votes are critical to the 17-party coalition.

If next month’s censure motions focus on the current confusion and controversy over the announcement of the June 9 “cannabis” declaration, they will have plenty of dramatic headlines that have been leading Thailand’s media – in Thai and English – to point to. Some media have already nailed themselves to either side of the confusion, failing to simply report on the situation and the lack of clarity.

The opposition parties, led by Pheu Thai and Move Forward, will have plenty of drama and anecdotal horror stories to draw from. They will focus on hot issues like underage addiction, school kids and drugs, illicit drug use in Thailand, perils of long-term use, dangers to society – there’s plenty of consequential topics there that will be attractive to Thailand’s media and social media discourse. The new Bangkok governor has already been a leading voice about the current confusions.

The PM and his conservative government, without any finalised legislation to point to at this stage, will be forced into backing Anutin and his party’s sweeping changes to Thailand’s generally conservative approach to drugs in the past.

The opposition will hammer the co-alition on their lack of legislative preparation, health advice, warnings, guides or restrictions.

The censure debates are scheduled for July 12 – 15.