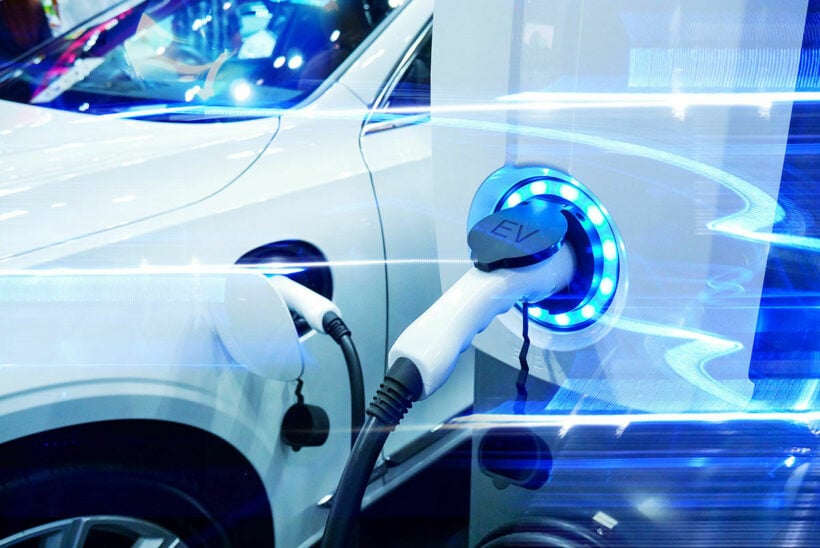 The onging shift towards EVs in the regional, domestic, and global markets, as Thailand relying on its strong automotive and support sector foundations. The government is also proposing comprehensive investment incentives to attract car makers to the country to manufacture EVs.

Sammitr Group is also set to go for the production of 30,000 BEVs with a 5.5 billion baht investment as another project approved by the government. The company is expected to produce 30,000 BEVs with the invested monies. Both of those approved projects will aim its sights on the local market as well as exports to other ASEAN countries.

Nissan Motor is also getting the green light from the government to start producing BEVs after already making significant investments in hybrid car production in recent years.

One local company that is also trying to get ahead of the game, is that of Bangkok-based Energy Absolute. The biodiesel producer and renewable energy company started evolving into the commercial EV business back in 2019.

In March of this year, Thailand made a goal of having 1 million EV’s on its roads by 2025, with a figure of 15 million to be expected 10 years from now. The market is expected to include not just private vehicles, but also delivery vans, buses, and trucks.

According to CNBC, Somphote Ahunai, who was a former securities trader, started Energy Absolute in 2006. He then took the company public in Thailand back in 2013 and expanded it into energy storage 3 years later. The expansion was due to the company acquiring shares in Taiwan-based Amita Technologies, which is an energy storage manufacturer. Now, the company is in the final stages of building a $3 billion USD battery gigafactory that makes lithium-ion batteries.

Ahunai told CNBC’s “Managing Asia,” that the Thai government’s efforts to promote the adoption of EV’s helped him spur the project.

He also says he is planning to install 1,000 EV charging stations across Thailand in the next few years. Currently, he says his company has already installed almost 500 of those stations in Bangkok and its vicinities. He notes that his company holds almost 80% of the market shares for charging stations in Thailand. Companies like Evercore ISI also agree that the decade of lithium batteries is now here, and advises to buy stocks now.

But he says his new focus on commercial vehicles falls in line with Thailand’s policy to put 70,000 such vehicles on the road every year.

“If we successfully secure [the commercial electric vehicle] segment … then we create economies of scale for us to go into the other segments, such as passenger cars.”

The BOI has also approved 10 battery production projects with a total capacity of half a million units per year. 2 charging station production projects have also been approved that will make more than 4,400 outlets per year. Sonklin Ploymee, Executive Director of the BOI’s Industrial Linkage Development Division, says Thailand has no local content requirement for the auto industry, which makes supply chain management more convenient for manufacturers. She also reiterated that Thailand is Southeast Asia’s largest automotive production hub.

As EV adoption has been growing at a steady rate in Thailand, 2019 saw more than 30,000 new HEVs/PHEVs and more than 1,200 battery electric cars and motorcycles registered. Around 750 charging outlets were also setup in some 500 locations around the country, according to the Vice President of the Electric Vehicle Association of Thailand.

Bloomberg NEF’s Allen Abraham told a recent webinar that the Covid-19 pandemic has caused the first decline of passenger EV sales, which has seen a 18% decrease in 2020 from the previous year. But, he says a quick recovery is expected with passenger EV sales expected to rise to a projected 5.4 million units in 2023. Abraham says the expected growth, especially in Europe and China, is due to new policies being created as well as the development of the lithium-ion battery.