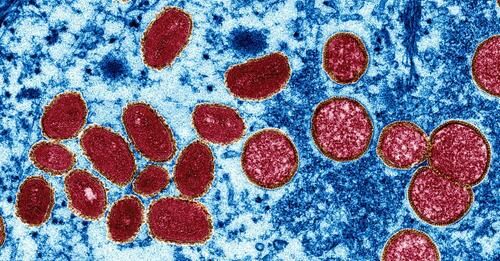 World Health Organisation officials Monday revealed the outbreak of the monkeypox virus in Europe and the US “is primarily spreading through sex among men with around 200 confirmed and suspected cases across a dozen countries.” But today the WHO insist that the disease isn’t just isolated to one community.

Andy Seale, from the WHO’s Department of Global HIV, Hepatitis and STD Programmes, says “There’s a lot of stigma and discrimination that surrounds many diseases. While we’re seeing some cases amongst men who have sex with men, this is not a gay disease.”

The Thaiger revealed Monday that the Thai government is creating a new emergency centre to monitor the spread of monkeypox, and the Department of Disease Control is keeping a close eye on the situation as it develops further.

The European Centre for Disease Prevention and Control says it is prioritising community engagement and a spokesperson says efforts should be made to ensure stigmatisation does not occur around monkeypox based on sexual orientation.

“Risk communication messages could also state that monkeypox virus infection is not indicative of someone’s sexual orientation nor that the latter influences their susceptibility to the disease.”

Dating app Grindr, which serves the gay, bisexual and transgender community, is using its platform to spread the word about the virus to its 11 million users.

The dating app sent out a pop-up alert in 13 different languages to users in the UK and Europe, where the majority of cases so far have been found. The alerts contained links to verified, up-to-date monkeypox information from public health authorities like the European Centre for Disease Prevention and Control.

Jack Harrison-Quintana, the director of Grindr’s advocacy arm, Grindr for Equality says “We see ourselves as the connective tissue between groups on the ground, like the European CDC and UK Health Security Agency, and our users.”

This public health history dates back to the earliest years of the HIV/AIDS crisis, which disproportionately affected the LGBT community and arguably still does to this day.

The monkeypox strain presently circulating is mild and symptoms can resolve on their own, though effective antivirals are available to treat the illness.

Anyone can get monkeypox, even though most of the cases associated with this current outbreak have been in men who have sex with men. Health officials admitted there’s no evidence yet of transmission via seminal or vaginal fluids.

Previous outbreaks of monkeypox occurred outside of Africa, but normally those cases are associated with travel to the continent or linked to spill-over from infected animals.

Early symptoms of monkeypox include a fever, headache, back pain, muscle aches and low energy. That then progresses to a rash on the face, hands, feet, eyes, mouth or genitals that turns into raised bumps, or papules, that then become blisters that often resemble chicken pox. Those can then fill with a white fluid, becoming a pustule, that breaks and scabs over.

The disease can last two to four months and has a lengthy 21-day incubation period.

Yet another necklace theft against an Indian tourist in Pattaya