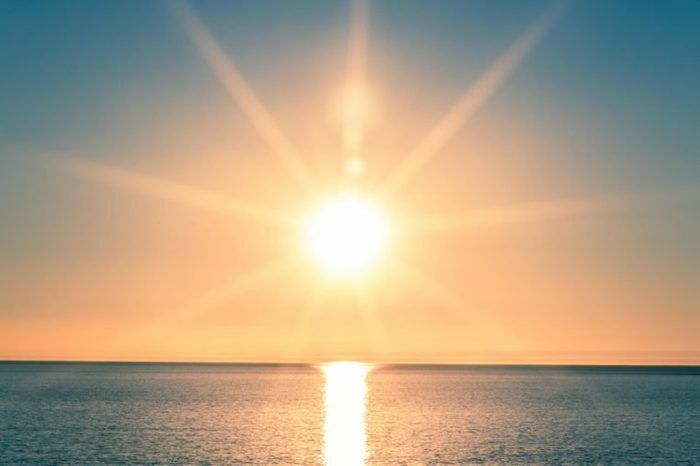 The sun will be reign over the sky for almost 13 hours today in Thailand, making today (June 21) the longest day of the year. The extended sunlight hours mark the beginning of the summer season in the entire Northern Hemisphere, formally known as “The Summer Solstice.”

The sun rose from the sky’s northeastern horizon at 5:51am this morning in Thailand, and will fall at the northwestern most point in the sky at 18:47pm, giving Thailand 12 hours and 56 minutes of daylight today in total. That’s 2 hours and 16 minutes more daylight than the Winter Solstice, the shortest day of the year in the Northern Hemisphere, which took place 6 months ago on December 21. The sunrise and sunset times vary in different places in Thailand depending on the relational distance to the equator.

In some places, the difference in sunlight hours between the two solstices is unremarkable. Ecuador’s capital of Quito, just north of the equator, gets just 7 extra minutes of daylight. Whereas Fairbanks, all the way up in Alaska will see a long 21 hours and 41 minutes of daylight today.

Globally, the Summer Solstice is symbolic of fertility. In Sweden, “Midsummer” is a day of romantic rituals (which actually takes place on June 25) and many babies in Sweden are born exactly 9 months later. In Greece, unmarried women collect water from the sea and dream of their future spouses. In India, the day is celebrated with mass yoga sessions, which is why June 21 became the International Day of Yoga. In the UK, it is the only time of year when people are allowed to get up close to Stonehenge and dance to the sound of drums.

Thailand celebrates many holidays every year, but the Summer Solstice isn’t one of them. The day is long and hot and that’s about it. However, places with Western influence such as Koh Pha Ngan may hold events similar to those held in Sweden to celebrate the occasion.

In the Southern Hemisphere, the day marks the beginning of winter in places such as Australia, South Africa and New Zealand. Down in Antarctica, penguins are currently facing 24 hours of darkness a day.