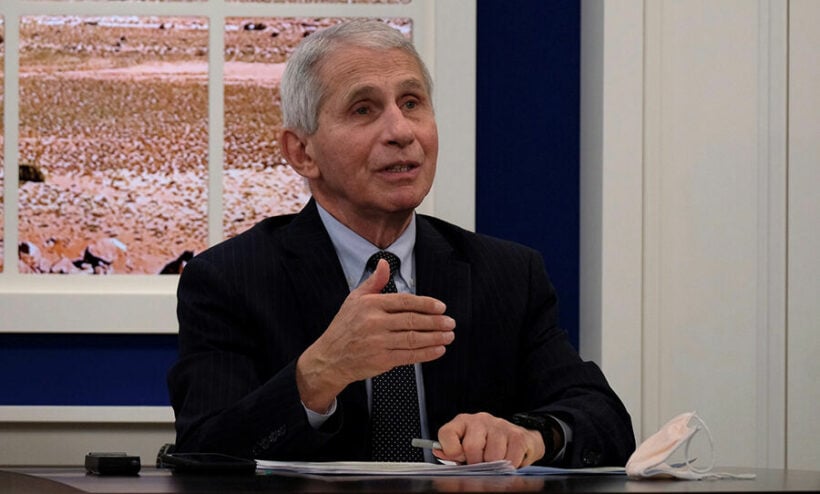 America’s top infectious diseases expert has echoed statements made by the World Health Organisation that Omicron is unlikely to be more severe than other Covid-19 variants. Dr Anthony Fauci says that while it’s too soon to say for sure, there are early indications the variant may in fact result in milder illness.

“There is some suggestion that it might even be less severe, because when you look at some of the cohorts that are being followed in South Africa, the ratio between the number of infections and the number of hospitalisations seems to be less than with Delta.”

However, he says it’s too soon to jump to conclusions, pointing out that infections in South Africa are primarily in young people, who would be less likely to experience severe symptoms or need to be hospitalised.

“I think that’s going to take another couple of weeks at least in South Africa. As we get more infections throughout the rest of the world, it might take longer to see what’s the level of severity.”

According to an AFP report, Fauci says there are 3 areas of knowns and unknowns about the new variant: its transmissibility, its potential to evade immunity from vaccination or previous infection, and its potential to lead to severe illness, hospitalisation, or death.

Fauci says there’s little doubt the Omicron variant is much more transmissible than Delta and also appears better at re-infecting people who’ve already had Covid-19. He says the findings from tests on the efficacy of current vaccines against the new variant should be available within a week.

Overall, while it’s early days, Fauci says the best-case scenario would be a variant that, while more transmissible, doesn’t lead to severe illness, or a rise in hospitalisations and fatalities.

More and more digital nomads choose Phuket for a “workation”