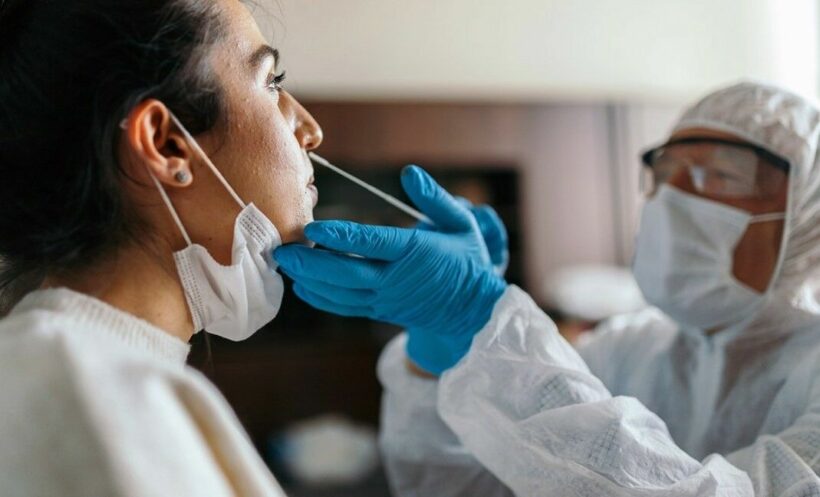 Following the CCSA’s decision yesterday to resume Test & Go from February 1 (with some changes) tourism operators are urging the government to make PCR testing more affordable. The revamped Test & Go entry scheme now requires overseas arrivals to book a hotel on day 1 and again on day 5 of their stay – and to take a PCR test on each day. They must remain in their hotel room after each test, until they receive a negative result.

However, what has many people scratching their heads is the fact that in between both tests, people are free to wander wherever they like. Test & Go does not require travellers to book the same hotel for days 1 and 5, or even to stay in the same province. Tourists can arrive in Bangkok on day 1 and by day 5, be in Chiang Mai for their second test and mandatory hotel stay. What is not known is whether the government will consider infections detected on day 5 as imported…

The new requirements have tourism operators concerned that tourists will be put off by the additional costs, particularly the second PCR test. Ratchaporn Poolsawadee from the Tourism Association of Koh Samui says PCR tests on the island cost 2,200 baht. He wants that price cut to 1,500 baht, as otherwise, it could be a deterrent for younger people travelling on a budget. He’s also optimistic that the government might eventually do away with the requirement.

“When the viral situation is under control in 1-2 months, the government should relax the rule by requiring just one PCR test and allowing an ATK for the second test.”

Meanwhile, Marisa Sukosol Nunbhakdi from the Thai Hotels Association says officials need to design a system for the new testing requirements prior to Test & Go resuming. She too suggests that the second test could be dispensed with once the Covid situation improves.

The governor of the Tourism Authority of Thailand, Yuthasak Supasorn, was clear that the new requirements apply to all arrivals from overseas, including Thai nationals and expat residents.

“There’s no exception for Thais or expatriates. Even if you have a permanent home here, people have to check in at a hotel five days after arrival to take a second PCR test and wait for a negative result before checking out.”

However, Marisa says the government should cover the cost of the second test for Thais and foreign workers, given that they will have to fork out for another hotel stay despite being resident in Thailand.