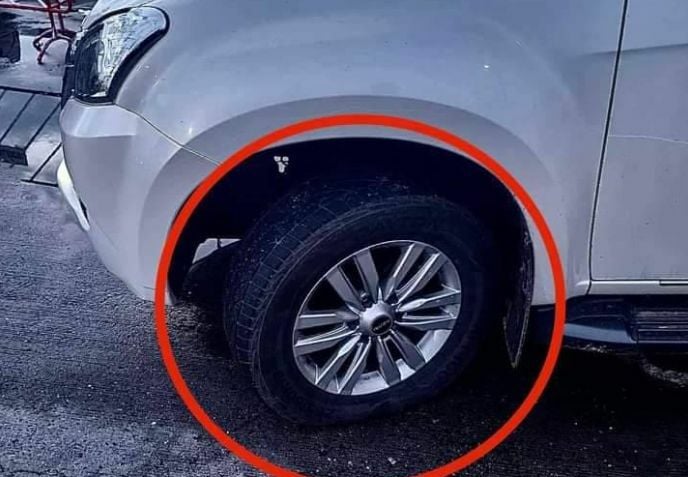 A tourist in Chon Buri’s Sri Racha District was in for a nasty shock earlier this week when he parked his car on Koh Loy island. The tourist, 29 year old Chutiphong Thongmee, had parked his car there before boarding a ferry to another island. When Chutiphong returned from his day trip, he was horrified to discover that his car was badly scratched, and the tires were deflated.

After running some errands, Chutiphong came back to file a report at the Sri Racha Police Station the next day, June 27. Chutiphong said that according to locals, the spot where he parked was usually for people who came to drop off shipments and immediately left. He said that similar incidents had happened before on Koh Loy.

Chutiphong stressed that this behaviour would destroy Sri Racha’s reputation, and urged officials to put up a clear sign to warn unfamiliar tourists not to park there.

Just days before Chutiphong’s car was damaged, a similar incident happened in Patong on Phuket’s west coast. The suspect slashed a car’s tires when the driver parked “too close” to their car. The suspect said they were afraid their car might get scratched, and they lost their temper.

The suspect agreed to pay fore the tire damages, and was fined 1,000 baht for causing a nuisance. But there was somewhat of a happy ending when the two parties shook hands after the incident and agreed not to fight.