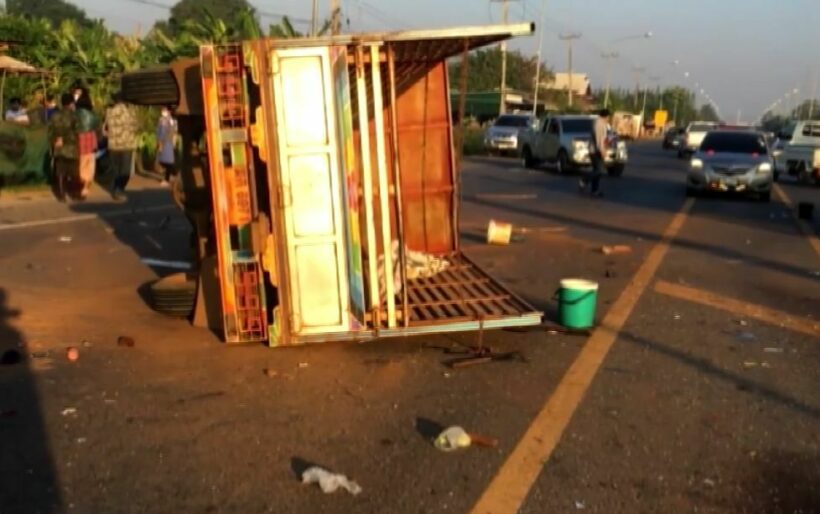 Police are investigating the fatal car crash where the driver of an e-taen farm truck was killed, injuring two other individuals in Chok Chai district in Nakhon Ratchasima province yesterday.

A horrible accident was caught on black box footage of a passing-by vehicle, which later circulated on Facebook. According to the police investigator Pol Lt Col Ruam Kleepklangdon, the incident happened on the Chok Chai-Khon Buri Road in Tambon Tha Yiam at 7:10am.

The farm vehicle turned right to enter a gas station, but cut in front of an oncoming 18-wheeler. The truck was struck on the left side and collided into a Toyota Vigo pickup. One side of the pickup was heavily damaged.

The truck driver, 75 year old Pai Amkrathok, was killed. His body was transferred to Chok Chai Hospital for autopsy. His wife, 70 year old Roong, was mildly injured and the trailer truck driver, 23 year old Prayoon Saengthong, sustained a cut brow and backache. He claimed that he was travelling from Chok Chai to Khon Buri.

Sinovac is testing its effectiveness against Omicron variant