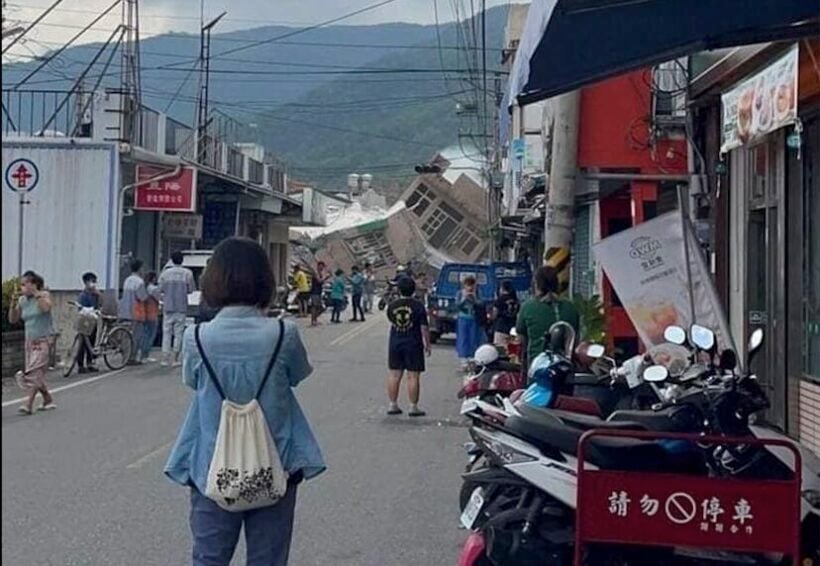 A tsunami warning has been cancelled after an earthquake rocked Taiwan’s southeastern region today. The US Pacific Tsunami Warning Center issued a warning for Taiwan after the earthquake but later rescinded the alert.

Today’s earthquake struck Taiwan’s rural Yujing district with a 6.9 magnitude, and a depth of 10 kilometres. Photos showed buildings collapsed, and about 20 people were evacuated from a train derailed in the area.

Three people were trapped under the rubble of one building, while a fourth person was saved. There were, however, no casualties reported, the Taiwan Railway Administration said.

A former Taiwanese presidential spokesperson said there were also damages reported at a school. But the quake could be felt across all of Taiwan, according to the country’s weather bureau.

Taiwan lies near the junction of two tectonic plates and is prone to earthquakes.

In the past two weeks alone, earthquakes have hit a few Asian countries. On September 10, an earthquake measuring a magnitude of 6.2 shook the island of New Guinea in the Papua province of Indonesia. It was the fourth in a row that day as the Western New Guinea region has been tremmoring throughout the morning.
In Thailand, a 3.6 magnitude earthquake struck Fang district in the northern Chiang Mai province on September 14.

Putin: Russian government is trying to end the Ukraine invasion