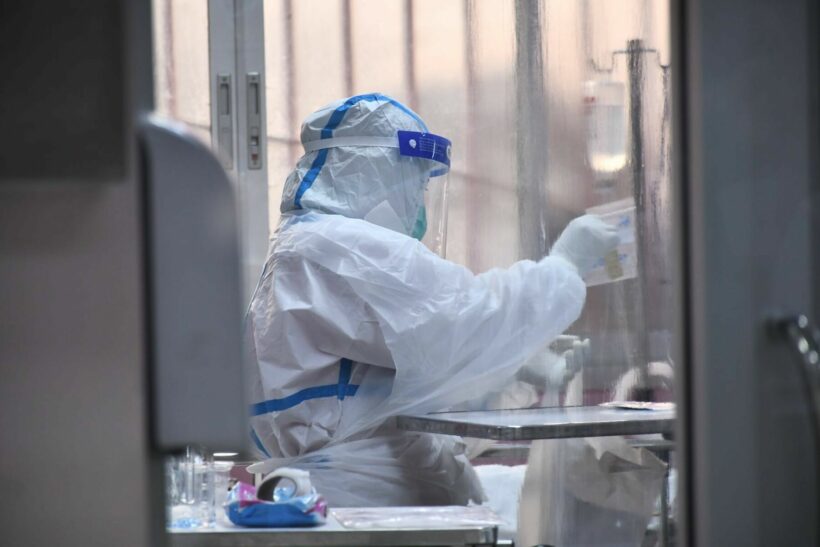 Thailand vaccinated its most people to date with yesterday’s 300,000 doses successfully administered. The Prime Minister, Prayut Chan-o-cha, says it was a historic day for Thailand fighting back against Covid-19.

By 4 pm, over 300,000 doses had been given, says the permanent secretary of public health, Kiattiphum Wongrajit, who also says that figure does not include doses given in Bangkok.

As the day wore on, the Bangkok Metropolitan Administration says they gave 11, 352 doses.

The vaccines administered were Sinovac and AstraZeneca.

The government is optimistic they can finish the first of two rounds of vaccines… by the end of September. The government, buoyed by their recent high vaccinations, also plans to buy 100 million does and vaccinate 50 million people to hit the coveted 70% herd immunity. They expect to hit this target by the end of the year with an eye towards a full reopening next January.

The prime minister turned to Facebook to remind everyone of the importance of vaccines:

Vaccines will be the key to reopening the country to tourism, to rehabilitating the economy and to returning normalcy.

He also continued to beat the drums of war against Covid-19 and to tout Thailand’s recent vaccination landmark:

June 7, 2021 will go down in history as one of the important days in the country’s fight against the pandemic. It marks the beginning of Thais striking back… and that we will not give up the fight until we win.

Last month, and before the mass vaccination started, it was reported that at Thailand’s then-current rate of vaccinations, it would take 2 years to reach herd immunity.