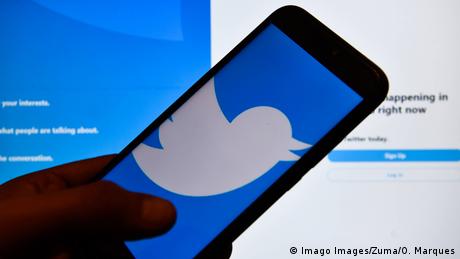 Twitter holds a relatively low share of India’s social media market. But, since 2017, the South Asian nation has emerged as Twitters fastest-growing market, becoming critical to its global expansion plans.

The so-called Intermediary Guidelines are aimed at regulating content on internet platforms such as Twitter and Facebook, making them more accountable to legal requests for the removal of posts and sharing information about the originators of messages.

The rules, which recognize social media platforms as intermediaries, stipulate that companies clamp down on content deemed unlawful by the government.

Employees at these companies can be held criminally liable for not complying with the government’s requests.

Large social media firms must also set up mechanisms to address grievances and appoint executives to liaise with law enforcement under the new rules, as well as appoint an India-based compliance officer who would be held criminally liable for the content on their platforms.

The Indian government says the rules empower “users who become victims of defamation, morphed images, sexual abuse,” among other online crimes. It also said that the rules seek to tackle the problem of disinformation.

But critics fear that the rules could be used to target government opponents and make sure dissidents don’t use the platforms.

Social media companies were expected to comply with the new rules by May 25.

Some Indian media reports have recently said that Twitter lost its status as an “intermediary” and the legal protection that came with it, due to its failure to comply with the new rules.

Failure to comply and serious implications

“Not complying with the rules would pose a real risk to Twitter’s operational environment,” he told DW.

“It will need to go to court to defend itself each time criminal prosecutions are launched against it,” he added.

The first case against Twitter was filed last week, where it was charged with failing to stop the spread of a video on its platform that allegedly incited “hate and enmity” between two religious groups.

Gupta says adhering to all the government’s demands would substantially change Twitter.

“Absolute compliance would mean heavy censorship of individual tweets, removal of the manipulated media tags, and blocking/suspension of accounts at the government’s behest,” he said.

Torsha Sarkar, policy officer at the Bengaluru-based Centre for Internet and Society, fears that Twitter might at times be compelled to overcomply with government demands, threatening user rights.

“This can be either by over-omplying with flawed information requests, thereby selling out its users, or taking down content that offends the majoritarian sensibilities,” she told DW.

Last week, three special rapporteurs appointed by a top UN human rights body expressed “serious concerns” that certain parts of the guidelines “may result in the limiting or infringement of a wide range of human rights.”

They urged New Delhi to review the rules, adding that they did not conform to India’s international human rights obligations and could threaten the digital rights of Indians.

It is not the first time that Twitter has been accused of giving in to government pressure to censor content on its platform.

At the height of the long-running farmer protests, Twitter blocked hundreds of tweets and accounts, including the handle of a prominent news magazine. It subsequently unblocked them following public outrage.

The US company stopped short of complying with demands to block the accounts of activists, politicians and journalists, arguing that such a move would “violate their fundamental right to free expression under Indian law.”

According to local media reports, Twitter’s Indian executives were reportedly threatened with fines and imprisonment if the accounts were not taken down.

Last month, the labeling of a tweet by a politician from the ruling BJP as “manipulated media” prompted a special unit of the Delhi police to visit Twitter’s offices in the capital and neighboring Gurgaon. Police notified the offices about an investigation into the labeling of the post.

Twitter India’s managing director, Manish Maheswari, was said to have been asked to appear before the police for questioning, according to media reports.

Some Twitter employees have refused to talk about the ongoing tensions for fear of government reprisals.

“Such kind of intimidation does not happen every day. (But) Everyone at Twitter India is terrified,” a person familiar with the matter told DW on the condition of anonymity.

Those calling for better regulation of tech giants say transnational social media companies like Twitter lack accountability, blaming them for the alleged inaction against online abuse and disinformation campaigns.

“The problem with these rules is that they centralize greater power toward the government without providing for the objective benefit of rights toward users,” Gupta said.

“If Twitter were to comply with these rules, it would make a bad situation worse,” he said.

Sarkar from the Centre for Internet and Society said that, though Twitter is unlikely to ditch a major market such as India, the power struggle between internet companies and governments is just beginning.

“It might be difficult to say how the powers of big tech are going to collide with sovereign nations, especially in light of flawed legal interventions around the world,” Sarkar said.