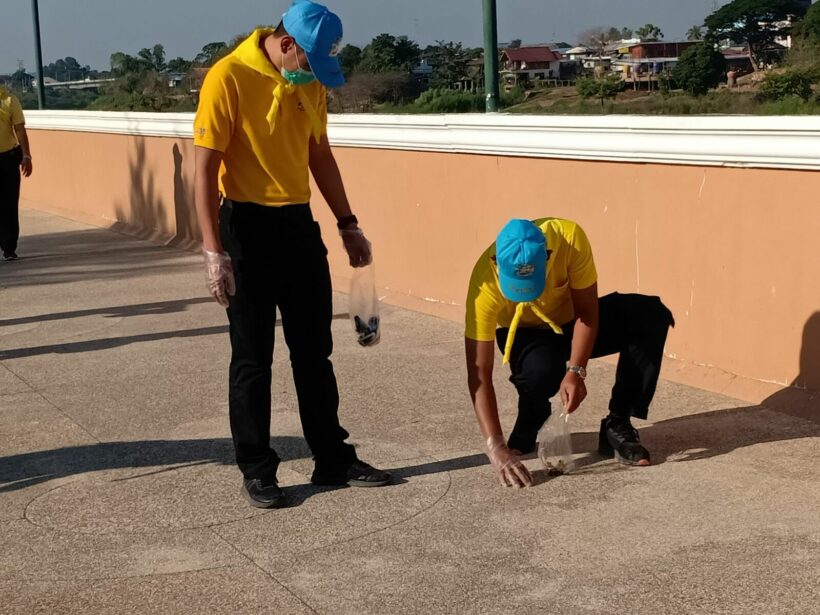 As punishment for a minor violation, two police officers have been ordered to pick up dog poop outside of the local station for the next month. Apparently, the officers have been parking their cars in spaces reserved for residents. When their superior officer found out, they were ordered to do pick up dog faeces during their community service outings throughout the month.

Every Monday and Wednesday, the Muang Singburi Provincial Police Station in central Thailand participates in the royal institution’s volunteer project “Doing Good Deeds for Country and People,” the police superintendent told Thai media. So, while the other officers go out cleaning up public areas and temples, the two officers being disciplined have to pick up the dog poop.

Photos of the officer’s routine clean up, as well as some shots of the two using plastic gloves and bags to pick up the poop, were posted on Facebook by the police department. Many Thais consider the punishment shameful and humiliating, but the police superintendent says he didn’t intend to embarrass or devalue anyone.