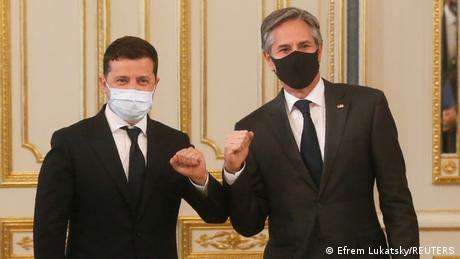 During his visit to Kyiv in early May, US Secretary of State Antony Blinken said “there are powerful interests lined up against reform, against anti-corruption efforts…those include external forces, like Russia, but also internal forces, like oligarchs and other powerful individuals who are pursuing their own narrow interests.” The visit served as a strong reminder of the magnitude of the threat that the US and other of Kyiv’s foreign underwriters see in Ukraine’s corruption, which the US has called “endemic.”

Two years after arriving to power riding on the promise of a comprehensive fight against corruption, Ukrainian President Vladimir Zelenskyy has found himself hard-pressed to deliver — costing him political capital, as last year’s local elections showed.

But the endemic corruption has meant that Zelenskyy’s reputation and the prospect of Ukraine receiving much-needed political and financial assistance has suffered. This week, asked by Conflict Zone host Tim Sebastian whether the government had overpromised and underdelivered, Dmytro Kuleba acknowledged the debt that the government owes the Ukranian people and its aim: “we are doing it for ourselves, not for the sake of support.”

‘We count on our partnership’ with the US

The arrival of US President Joe Biden in the White House has seen the Kyiv government put in place a new drive to root out the shadow of oligarchic power from the Ukrainian political and economic fabric.

Ukraine ‘moving in the right direction’

But for American and European partners, who see Ukraine as a bulwark against Russian interference, widespread corruption represents a severe weakness which opens Ukraine to Russian destabilization. Blinken has said that “corruption is a tool that Russia uses to try to erode Ukrainian sovereignty from the inside.” And a 2017 report by Transparency International explained the way in which Russia weaponized corruption in the Ukraine.

Numerous reports have emerged that the corruption continues in the new administration. Zelenskyy himself has had close relations with various figures within those circles now targeted by anti-corruption drives. Perhaps most important among them was Ihor Kolomoyskyi, a media tycoon whose station allowed Zelenskyy to craft his media persona and the platform on which his 2019 presidential run was built. Kolomosky also controls a faction of Zelenskyy’s party, Servant of the People, and operates to some degree as kingmaker, guaranteeing the president the support of a parliamentary majority.

Kuleba hit back at accusations that the administration was not getting to grips with corruption, saying “this country is moving in the right direction. And those who are calling on us to move faster, they are cordially invited to come and join us and help us.”

Tensions on the Russian border

Meanwhile, in the east of the country, tensions with Russia and separatist forces have erupted into new skirmishes, along with a buildup of Russian forces on the other side of the border in response to what the Kremlin claims were threats from NATO.

Russian President Vladimir Putin’s military maneuvers, which were larger than the 2014 troop movement in the eve of the invasion of Crimea, showed that Zelenskyy’s promise to bring the conflict with Russia to an end are far from being delivered.

However, the recent escalation has given Kyiv new impetus in its demands for membership in NATO and in the EU. Relevant voices in the defense and geostrategic circles of western capitals now take the position that given an emboldened Moscow, the only deterrent to further expansion and destabilization is to arm Ukraine.

Asked about these developments, Kuleba said: “We do not expect foreign troops to arrive and help us. But we do expect from partners to provide Ukraine with all assistance they can offer to make us prevail in this struggle for our country.”

Pakistan: How has COVID impacted the LGBT community?