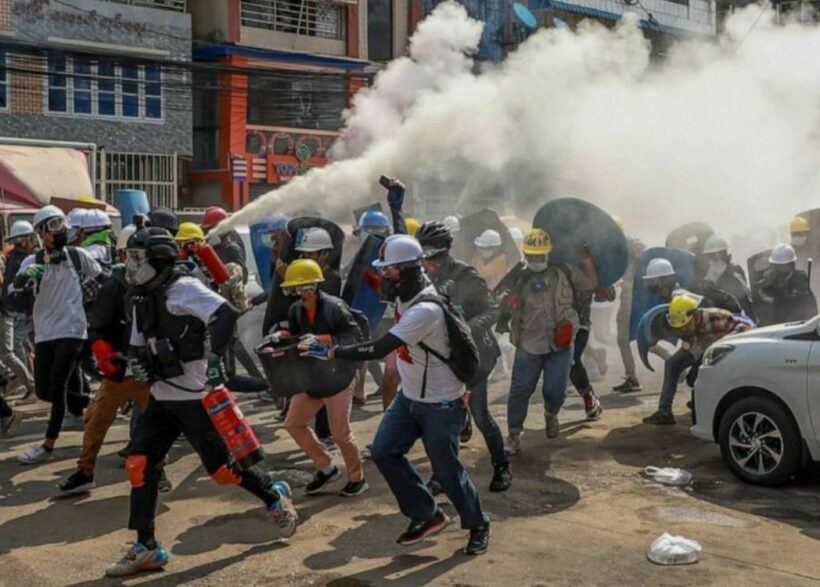 A new United Nations report predicts the imminent threat of mass starvation and death in Myanmar due to the civil unrest after the military coup that has upended the country since February. The UN’s special rapporteur on human rights in Myanmar issued the grave warning as the countries infrastructure collapses in the ongoing chaos of protestors and insurgents clashing with the military junta attempting to control the country.

The fighting between protestors and the junta in cities, along with battles in the countryside between rebel groups and the military has brought the country’s economy to a near standstill. The brutal military pushback in Myanmar caused the death of over 800 people and protests have shuttered businesses with even doctors joining the demonstrations while almost all public hospitals have closed.

As the country slips into chaos, some estimates fear that half the country will slip into poverty. With the police and military killing so many dissidents, locals are forming defence forces, as are the deposed leaders of the National Unity Government. Along the Thai border, violence has erupted in the Kayah state as accusations of military firing at civilians and villages mount.

Villagers are attempting to defend themselves against the brutal military forces by throwing together simple factories to make guns. The fighting continues and attempts at ASEAN to exert pressure on the junta have so far produced little action. An envoy was supposed to visit Myanmar and the ASEAN summit had called for access for humanitarian aid, but the envoy visit and foreign assistance have yet to materialize.

China is the country with the most influence over the Burmese junta and has vowed a hand-off policy, with the foreign minister saying that they support Myanmar determining its own fate, and stating that China is unaffected by the death and turmoil going on with the country.

The United Nations estimate about 100,000 people have become refugees, losing their homes. The displaced people have little access to food and water, let alone medicine. The UN warns that without immediate action, the Burmese people are facing mass death from disease, starvation, and exposure.

CCSA announces schools can reopen Jun 14 in most of Thailand