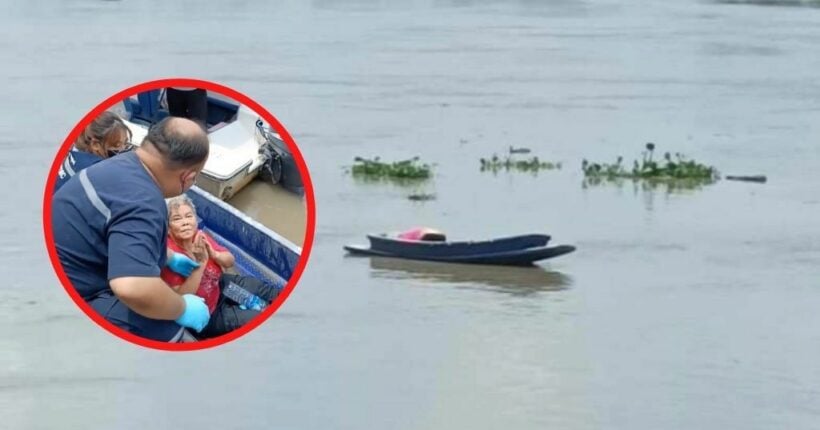 A 75 year old woman was scooped unconscious from the middle of a river in the central province of Chachoengsao after she fainted while paddling. The elderly lady floated for around 500 metres before a man witnessed the incident and contacted a rescue team to save her.

Noramin Tongsamak, who witnessed the incident, contacted a rescue team via Facebook after he spotted the old woman fainting on a dark blue fiberglass boat on the Bang Pakong River.

Noramin says he saw the woman floating in the middle of the river from a spot near Chachoengsao’s Medical Development Clinic to Chachoengsao Technical College.

The rescue team managed to wake her up and contacted her son to take her home. The son revealed to Thai media that his mother was a diabetes patient and her blood sugar level was low. He told her he didn’t want her to travel alone, but she sneaked out to go to a nearby market and then took a boat out on the river.