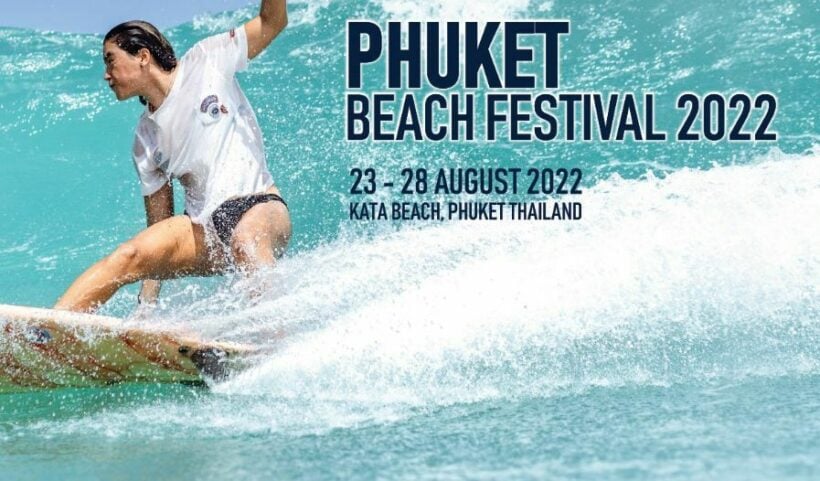 An upcoming beach festival in Phuket is aiming to boost Phuket’s surf tourism amidst Thailand’s ongoing monsoon season. During monsoon season, not many tourists visit the island province, but it’s the best season for surfing, according to Tourism and Sports Minister Pipat Ratchakitprakarn.

A post on Phuket Beach Festival’s Facebook page shows a video about the festival coming up on August 23-28. The video shows young, fit surfers ripping through the waves of Phuket’s Kata Beach, where the festival is held. The festival will feature surfing competitions, beach lifestyle FLEA Markets, concerts from Thai artists, and more. The concerts will be livestreamed on the event’s Facebook page.

According to another post from the event’s page, the competitions include prize money of over 444,000 baht.

Minister Pipat told Thai media that the upcoming Phuket Beach Festival 2022 is part of the ministry’s project ‘Air, Sea, Land, Southern Sports Tourism Festival’. He said the project aims to boost sports tourism with cooperation between the government and private sectors in Phuket.

Pipat noted that due to strong waves, the ministry is taking safety seriously. He said…

Italian restaurants in Koh Samui for pasta, pizza, red sauce, and everything else