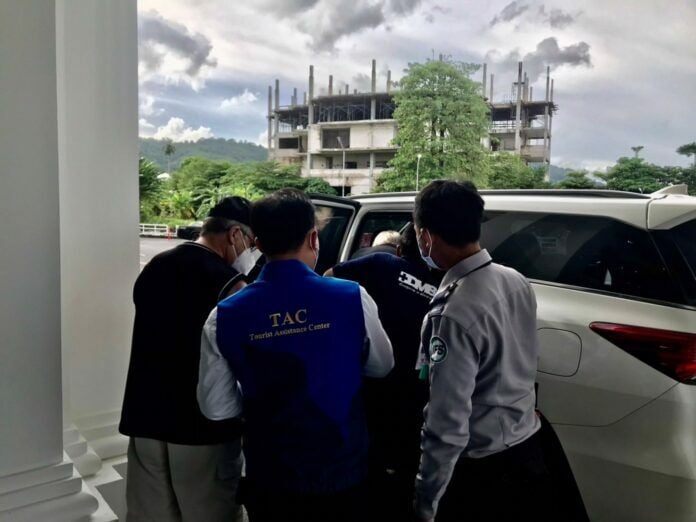 Barbara Lange, the 76 year old woman who went missing from her Phuket hotel earlier this month, has been released from the hospital on Monday. She was being treated for exhaustion and weakness at Bangkok Hospital Phuket, after rescuers found her during a helicopter search in Sirinat National Park.

Lange and her family thanked everyone who helped rescue Barbara, as well as her hospital caretakers. After she was released from the hospital, the family said that Barbara was doing well, however, she won’t be allowed to go on walks by herself from now on.

Barbara, who has Alzheimer’s Disease, went missing on May 9 after she went on a walk from her hotel in Thalang district. After she was found on May 16, Phuket’s Governor Narong and other officials paid Barbara and her family a visit at the hospital, presenting them with flowers.