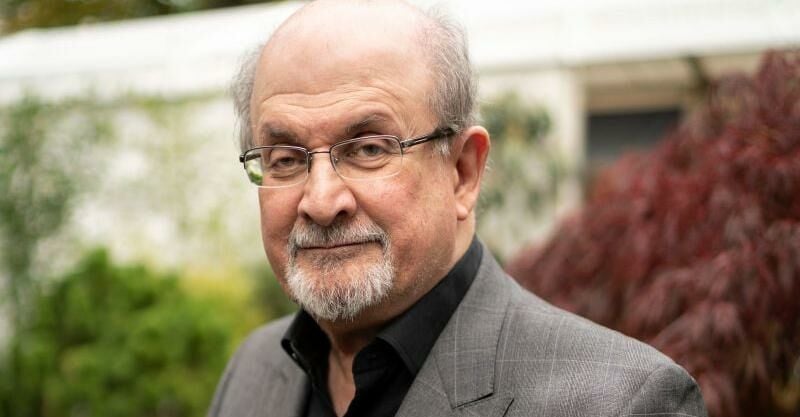 Fearless writer Salman Rushdi has sustained some very serious injuries after a man stabbed him yesterday at a speech he gave in New York. The attacker stabbed the 75 year old wordsmith in his neck and torso. Rushdie is now on a ventilator at a hospital, and unable to speak. Rushdie’s agent says his liver is damaged, nerves in his arm are severed, and he is likely to lose one of his eyes.

“A man jumped up on the stage from I don’t know where and started what looked like beating him on the chest, repeated fist strokes into his chest and neck.”

NBC New York reports that there have been signs from Hadi’s social media that he sympathised with Iranian forces. NBC New York said a law enforcement person told them that a preliminary review of Matar’s social media accounts shows he is sympathetic to Shia extremism and Islamic Revolutionary Guard Corps causes. The outlet said there are no definitive links to the Iranian government, though.

Rushdie went into hiding for many years after publishing his 1988 novel The Satanic Verses, after the Iranian government called upon Muslims to kill Rushdie. Iran claimed that the novel was “blasphemous”.

The 75 year old writer was speaking at an event at the Chautauqua Institution when a male suspect ran up onto the stage and attacked Rushdie and an interviewer.

His condition is not known at the moment.

The suspect was immediately grabbed by police and taken into custody.