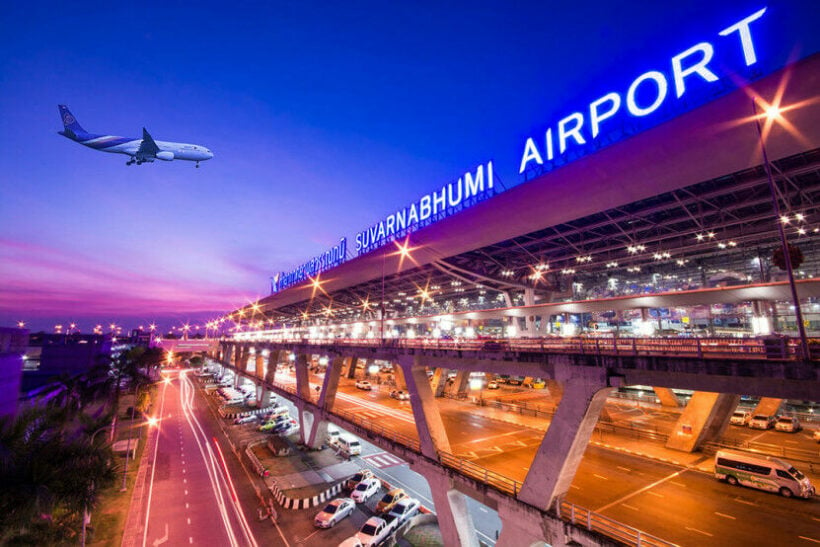 The Thailand Pass Test & Go program has been rebooted, and vaccinated travellers will be able to register for (almost) quarantine-free entry to Thailand re-starting February 1.

There have been slight revisions to the rules, now requiring travellers to have proof of an SHA+ hotel booking on the first and fifth day of their stay in Thailand when they will undergo RT-PCR tests. In the original Test & Go program travellers only had to do one PCR test on arrival.

Thailand’s State of Emergency was also extended for another 2 months. The decree, first invoked by PM Prayut Chan-o-cha in March 2020, gives the government sweeping powers, through the establishment of the Centre for Covid-19 Situation Administration, to set restrictions and measures to combat the spread of the coronavirus in Thailand.

Today the CCSA agreed to reopen registration for the Test & Go entry program which, once all documentation is uploaded and approved, provides a QR code for all arrivals into the Kingdom – Thais, expats and tourists. The updated measure needs to be published in the Royal Gazette to be made official (the Thailand Pass website probably won’t be updated to accept new applications until the changes are announced in the Royal Gazette).

This time the entry under Test & Go is open to travellers from all countries. Those who are fully vaccinated against Covid-19 must apply for a Thailand Pass QR code to enter the country at the Thailand Pass website. Travellers are required to take an RT-PCR test on arrival and stay at an approved hotel for up to a night while they wait for their test results to come back.

Travellers will now need to book a stay at an approved hotel on their fifth day in Thailand for their second RT-PCR test. A spokesperson says travellers do not need to stay at the same hotel, adding that they can travel throughout Thailand in between their tests.

Registration for the travel scheme had been closed last month following the first local transmission of the Omicron Covid-19 variant. Infections spiked after the New Year holiday, leading officials to temporarily tighten measures. A spokesperson at the CCSA’s press briefing says the decisions to loosen measures and reopen Test & Go were under careful consideration, adding that the Covid-related fatality rate has been on a decline.

“Infections have increased, but are going so at a manageable rate and is now stabilising with trends suggesting a decrease very soon. The number of patients with severe Covid-19 infections is also stabilising and the rate of fatalities as … relative to the Delta variant, quite low.”

The CCSA also decided to more destinations to the Sandbox entry programme, which allows vaccinated travellers to enter specified areas and roam freely for a week instead of undergoing a quarantine period at a hotel or facility. Trat’s Koh Chang was approved as well as Chon Buri’s Pattaya, Koh Sichang, Na Chom Tian and Bang Sare.

Those who are unvaccinated must enter under the Alternative Quarantine programme, which requires travellers to isolate at an approved hotel or resort for 10 days and undergo Covid-19 tests before they can be released.

Meanwhile, restrictions are easing in 25 provinces following a revision to the colour-coded zoning based on local infection rates. Starting January 24, those provinces will move from “orange” controlled zones to “yellow” zones under surveillance. In the “yellow” and “blue” zones, alcohol sales will be allowed until 11pm. A spokesperson says the decisions were taken under careful consideration, and while the infection rate has risen, the number of severe infections and Covid-related fatalities remain fairly low.

The “blue” zones, which are approved for pilot tourism programmes, have remained the same. Blue zones include Bangkok, Chon Buri, Kanchanaburi, Krabi, Nonthaburi, Pathum Thani, Phang Nga, and Phuket. Several areas and districts, including the area in Samut Prakan by the Suvarnabhumi Airport, are also designated as “blue” zones.

In other news, a ‘Special Sealed Route’ has been announced to coincide with today’s resumption of Test & Go, from Bangkok to Phuket. The sealed route will also start after February 1.

Bangkok Airways says they will operate two special sealed-route flights per day, from Bangkok (BKK) to Phuket (HKT). The two flights are being operated on the airlines’ turbo-prop ATR72-600 aircraft.

20 baht bills getting a modern polymer update on March 24