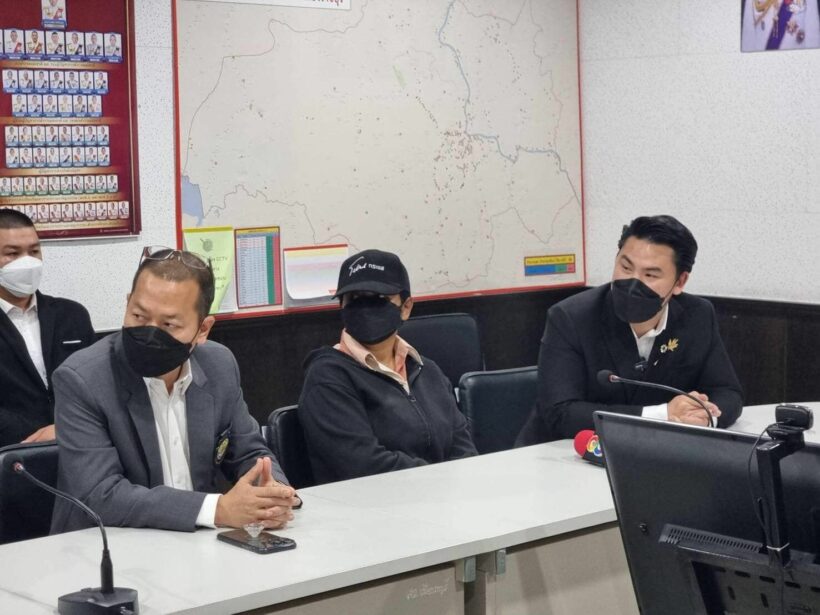 The employer who allegedly abused a female soldier and claimed to be a senator’s wife is actually a police officer. According to one media source, the woman is the mistress of a senator, not his wife.

The Spokesperson of the Royal Thai Armed Forces, Teerapong Pattamasing Na Ayutthaya, confirmed yesterday that the victim was a real soldier. Teerapong said the female soldier had just resigned from the armed forces, saying she had to take care of sick parents, and the military approved her resignation on May 6 this year.

Then, the Special Branch Bureau later updated that the senator’s wife, or the employer of the soldier, was a police officer serving the bureau. The employer is reported to be Constable Kornsasi Buayaem, who was sent to help a military department called the Internal Security Operation Command.

The Special Branch Bureau reported that they were trying to contact the female police officer to acknowledge the issue and join them for a questioning session at Mueng Ratchaburi Police Station.

The house that a female soldier mentioned in her story is a two-story house in the Kok Mor sub-district, Mueng Ratchaburi district, of Ratchaburi province in central Thailand. Reporters visited the house today and made public that it was quiet and no one was at home.

One Facebook page claimed that the female police wasn’t the wife of a senator, but she was a mistress. The page also added that she used to work as a sales executive and was promoted to be a police officer because of the senator’s power.

A soldier appealed to a Thai influencer for help after revealing she was almost driven to suicide after years of physical and mental abuse by the wife of a senator.

The woman contacted Kannarat “Gun” Pongpaiboonwet, aka Gun Jom Palang, to share her story. In turn, Gun spread the news on Facebook and said helped her file a complaint against the senator’s wife at a police station.

The soldier revealed how the senator’s wife initially hired her to be a maid at a house and fulfilled a promise to help her become a soldier on 5,300 baht per month.

The soldier said everything was good at the beginning but then her attitude changed and she became very cruel and criticised and punished her for anything trivial.

The mental abuse turned into physical abuse. Her employer slapped her in the face, shocked her with a stun gun, set her hair on fire, stopped her salary, and more. The senator’s wife even made the soldier harm herself until she bled.

It was at this point the soldier said she thought about committing suicide because the woman threatened to hurt her family if she escaped.

The soldier tried to resign but her employer still threatened her and demanded 90,000 baht for quitting her soldier status. The woman was so scared she didn’t go to her family home just in case the senator’s wife found out the location.

The soldier added that she didn’t even know the real identity of the employer. She said she worked at the house for two years and had never seen any senators visit.

Soon after her story was shared on the Hon Kra Sae show, the platform’s host, Kanchai “Noom” Kamnerdploy, and Gun Jom Palang were both threatened by an unidentified person warning them not to help the soldier.