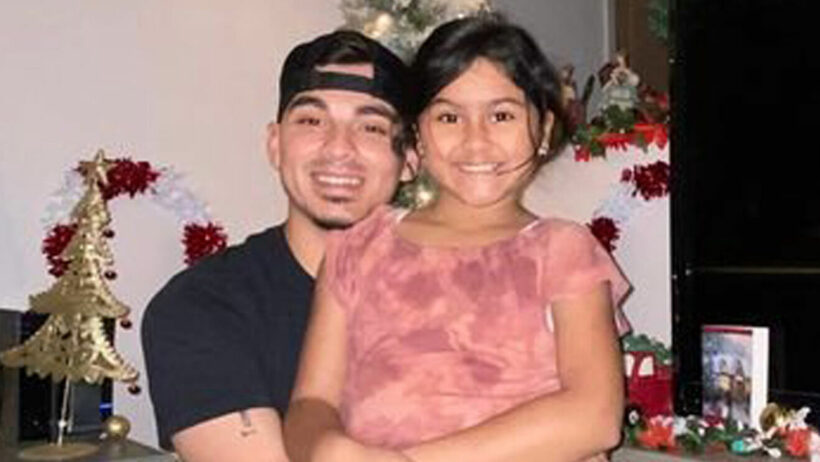 The father of one of the children killed in Tuesday’s school shooting has identified his daughter as 10-year-old Amerie Jo Garza.

“Thank you everyone for the prayers and help trying to find my baby. She’s been found. My little love is now flying high with the angels above. Please don’t take a second for granted. Hug your family. Tell them you love them. I love you Amerie jo. Watch over your baby brother for me.”

The post came hours after Angel’s original post asking for help in finding the girl in the wake of the shooting.

“I don’t ask for much or hardly even post on here but please It’s been 7 hours and I still haven’t heard anything on my love. 💔 Please fb help me find my daughter.”

Eva Mireles, a fourth-grade teacher, was also killed in the shooting, her aunt told CNN.

Although authorities haven’t publicly identified any of the victims, Lydia Martinez Delgado said her niece was killed.

“I’m furious that these shooting continue, these children are innocent, rifles should not be easily available to all. This is … my hometown a small community of less than 20,000. I never imagined this would happen to especially to loved ones. … All we can do is pray hard for our country, state, schools and especially the families of all.”

Nineteen children and 2 adults have been shot dead at a Texas elementary school.

The 18 year old gunman burst into the Robb Elementary School in the city of Uvalde just before noon on Tuesday, Texas time, and opened fire on students aged between 5 and 11, fatally shooting 19 victims before making his escape.

The alleged shooter, identified by Texas officials as Salvador Ramos, also shot his grandmother before the rampage. The grandmother was airlifted to San Antonio and is still alive.

The suspect was armed with a handgun, an AR-15 semi-automatic rifle and high-capacity magazines, law enforcement officers told US media.

A US Border Patrol official who was nearby when the shooting began dashed into the school and shot and killed the gunman, who was hiding behind a barricade.

Texas Department of Public Safety Sergeant Erick Estrada revealed the gunman wrecked a vehicle while driving near the school after shooting his grandmother.

“The suspect did crash near a ditch nearby the school. That’s where he exited his vehicle with what I believe was a rifle and that’s when he attempted to enter the school where he was engaged by law enforcement.”

“Ramos had body armor, the rifle and a backpack, and made it into several classrooms.”

US Customs and Border Protection, which is the largest law enforcement agency in the area, assisted with the response to the shooting. A CBP agent was shot in the head but his injuries are non-life-threatening and official said.

Uvalde Memorial Hospital spokesperson Tom Nordwick earlier said 13 children and a man in his 40s were being treated for injuries. University Hospital in San Antonio said in a tweet they received a child and an adult from the school shooting. The adult, a 66-year-old woman, is in critical condition, the hospital said in a tweet.

The shooting was the deadliest at an elementary school since the Sandy Hook massacre in Connecticut in 2012 that left 26 people dead, including 20 children between 6 and 7 years old.

President Joe Biden has ordered US flags on federal grounds to be flown at half-staff until sunset on Saturday to honor the victims of this “senseless acts of violence.”

Yesterday’s incident marks at least the 30th shooting at a K-12 school in 2022. So far in 2022 there have been at least 39 shootings in K-12 schools, colleges and universities, resulting in at least 10 deaths and 51 injuries.

The Texas shooting is the deadliest US school shooting since the Marjory Stoneman Douglas High School shooting in Parkland, Florida, in February 2018, when 17 people were killed.