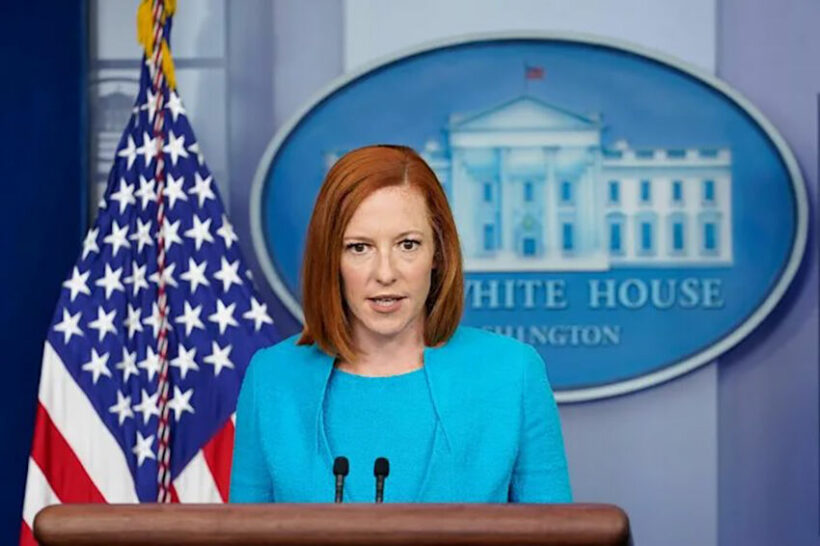 The US government has confirmed a diplomatic boycott of the Beijing Winter Olympics to protest ongoing human rights violations, according to White House press secretary Jen Psaki.

“US diplomatic or official representation would treat these games as business as usual in the face of the PRC’s egregious human rights abuses and atrocities in Xinjiang, and we simply can’t do that. We have a fundamental commitment to promoting human rights.”

However, the Biden administration has stopped short of preventing American athletes from competing.

“I don’t think that we felt it was the right step to penalise athletes who have been training and preparing for this moment, and we felt that we could send a clear message by not sending an official US delegation.”

According to an AP report, China has responded with threats of counter-measures, but has not specified what they might look like. The boycott comes despite US efforts to smooth relations with Beijing while taking a tough stance on the country’s handling of Taiwan, territorial disputes over the South China Sea, Hong Kong, the treatment of the Uyghur population, and other human rights violations.

Zhao Lijian, spokesperson for the Chinese Foreign Ministry has responded by accusing the US of “grandstanding” and says any boycott would amount to political provocation. China has long dismissed US concerns, accusing the country of interfering in Chinese internal affairs and imposing travel bans on US politicians considered to have anti-China views. Zhao has shrugged off the diplomatic boycott of the Winter Games by implying no invitations had been issued to US officials.

“Without being invited, American politicians keep hyping the so-called diplomatic boycott of the Beijing Winter Olympics, which is purely wishful thinking and grandstanding. If the US side is bent on going its own way, China will take firm counter-measures.”

In related news, the Women’s Tennis Association announced last week that it was suspending all tournaments in China amid concerns for the welfare of Chinese tennis star, Peng Shuai. Peng disappeared for 2 weeks after alleging she was sexually abused for years by Zhang Gaoli, a former senior official in the governing Chinese Communist Party.

While she has since reappeared, withdrawing her allegation and insisting she is fine, the WTA says it believes she is the victim of coercion and intimidation by the Chinese Communist Party and is not at liberty to speak freely.