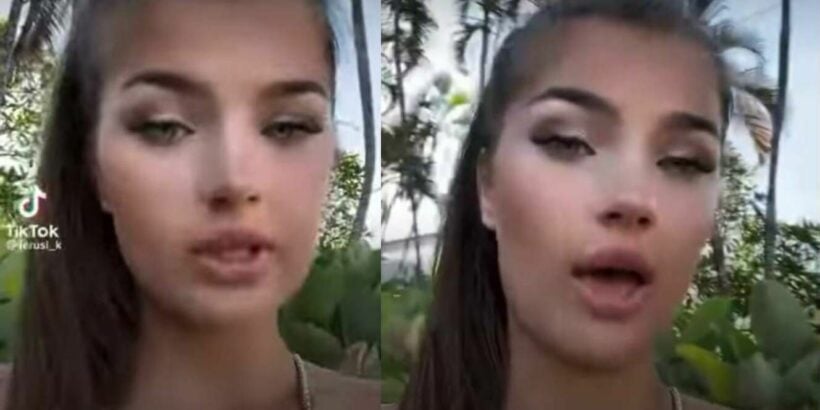 In a video posted on social media, an Estonian model accused Balinese police of corruption and extorting foreign tourists. The comments could get the model deported, or worse, put in Balinese prison if they are considered to break Indonesia’s strict public deception and defamation laws.

The model was allegedly fined by the police for violating traffic regulations prior to recording the video.

Once netizens warned Vasilieva that the video could get her into a lot of trouble, she deleted it. Unluckily for her, local fashion designer Niluh Djelantik already screen recorded it and uploaded it to her account where it can still be watched.

At first, the fashion designer had no sympathy for Vasilieva…

“With that many pageant crowns you have, but still no manners… If you’re obeying the rules, the authorities would not enforce the law… leading a certain public opinion by saying f*ck1ng corrupt police, if you don’t have evidence you will deal with the public deception and defamation law. The punishment is jail and deportation.”

Then, the model sent Niluh a personal message…

“Hi! Please delete the video! I’m the girl from the video. The situation was solved, police didn’t speak English and after video they contacted us, they explained that we might wear a face mask inside the helmet, the ticket was for it. They explained everything and I’m so sorry for the words I said in video, it was just misunderstanding! We were angry during the video I made because it was during driving and it was dangerous to stop during the ride and that they didn’t speak English.”

The same day, the model posted an apology video on social media…

“I’d like to apologise for the comments I made this morning. I’m already been here for a few weeks in Bali and this was such a great experience, the cool vibe, good atmosphere, and people are so lovely, so nice, so friendly. Every time I needed help they always helped me… I didn’t want to be rude and hurt your feelings. I’m really really sorry, we are all humans and make mistakes… and this is my big mistake… and I really regret it, and ask you Balinese people, police and government to forgive me… I didn’t want to hurt anyone’s feelings and I’m really really sad I made the aggressive video… I ask you to forgive me for that crazy video.”

Niluh said the model was forgiven, but some commenters were still not happy with Vasilieva…

“SHAME on you… just enjoy your deportation.”

“Bye Bye, be ready for deportation.”

“Police didn’t speak English because we r in Indonesia.”

“You deserve an Oscar! 2 different characters. Deport this rubbish.”

Cambodian fishermen release a monster stingray back into the Mekong River