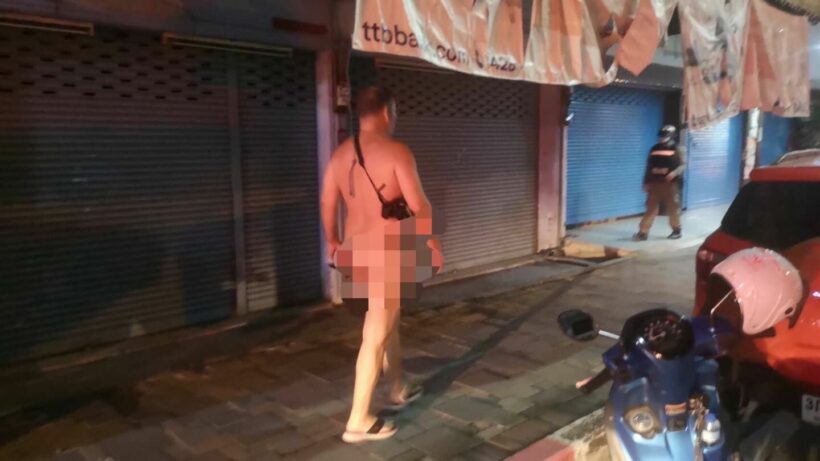 Just another day in Pattaya.

Onlookers were dismayed when a European man wearing nothing but a bum bag casually strolled down a busy street in Pattaya’s Bang Lamung district at around midnight last night. The naked tourist had nothing on but a fanny pack and a camera slung over his shoulder.

South Pattaya police said the naked man spat on them every time they approached him, so they had to call in backup to get the situation under control.

The man was speaking nonsense, said police. He didn’t have any form of identification, so the police do not know his name or nationality. He is from somewhere in Europe, they said.

Police put the naked man in the back of a pickup truck and took him to Pattaya City Police Station to calm him down and cover him up. However, he was relentlessly shouting in the police station, said police. He is still in police custody now.

The police have no idea who he is. Police have requested that if anyone knows him, please go to Pattaya City Police Station and give any details you have to police. Police are worried he might have a mental illness and need treatment, but it would really help if they had some information about him.