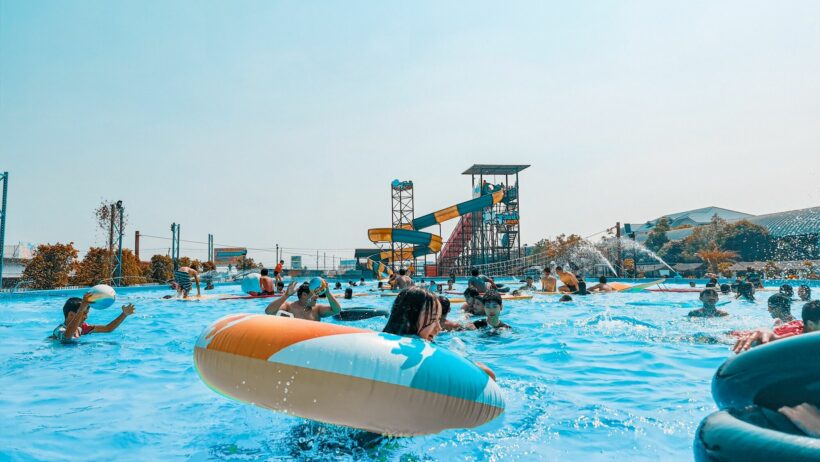 A knife-wielding hoodlum caused chaos at the SansaNook water park in Samut Prakan, just south of Bangkok, by sinking a blade into a huge artificial pool resulting in a flood to a nearby gated community.

Water park staff alerted owner Nathapong Pathaveesathian to the vandalism on Sunday just before 7pm after residents complained their homes were being flooded.

Nathapong arrived on the scene to witness visitors still frolicking in the rapidly dwindling pool. A closer inspection by the owner revealed slash marks to one side of the pool as well as cuts to several pieces of park equipment. Nobody at the water park was harmed or injured because of the vandalism.

Angry residents suspect some skullduggery at play and say the water was purposely dumped because the park was to close its doors for good today.

Nathapong apologised to the customers for the inconvenience and filed a complaint with the police to investigate who caused the damage.