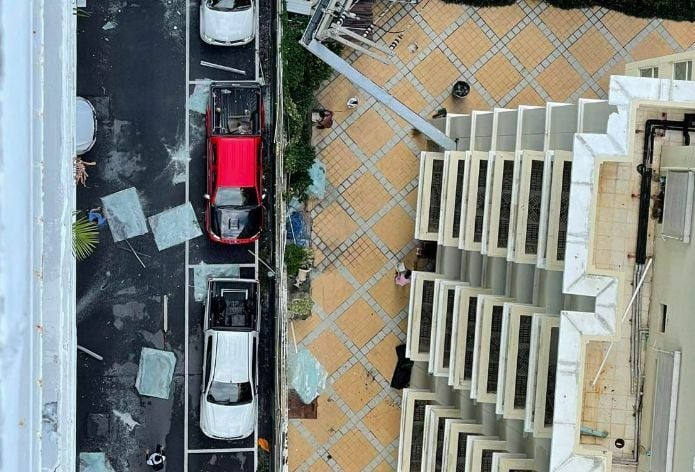 Glass panels knocked out by fierce winds fell down from buildings onto several cars in Central Pattaya. Meanwhile, several roads including Sukhumvit Road were under water, disrupting traffic. The water also flooded into roadside houses, according to The Pattaya News. There was also a widespread power outage, especially in parts of Jomtien.

Now, Pattaya locals and tourists alike are reportedly angry at the city’s new mayor Poramese Ngampiches for his “inactive approach” to the flood. One snarky Facebook commenter wrote “I thought all the holes in the road would help store the water”. So far, Mayor Poramese has not responded to the most recent flood incident, although he has made solving Pattaya’s flooding issues one of his main priorities.

As Thailand braves through its monsoon season, weather reports from the country’s meteorological department are constantly warning of flashfloods throughout the Kingdom. Last week the department warned of isolated heavy showers in several regions including Eastern Thailand, where Pattaya is located, from June 19-21. It warned people in upper Thailand particularly to be extra cautious about transport.

BEAM me up – app-based electric scooters comes to Phuket