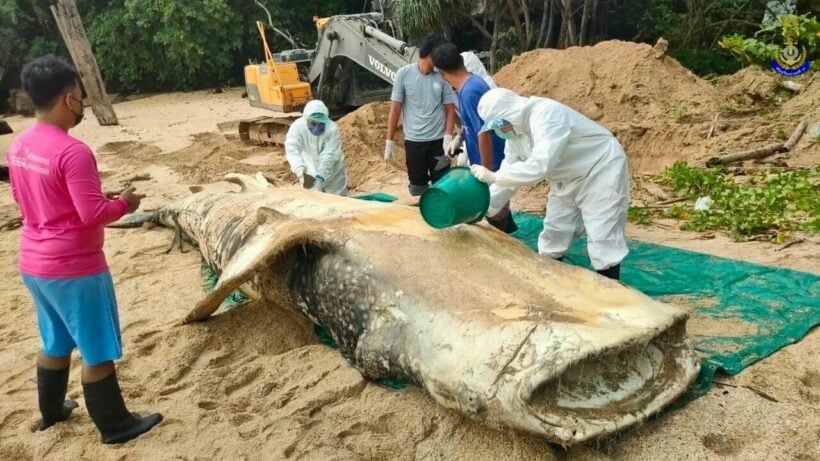 The carcass of a male whale shark washed up on Long Beach on Koh Lanta Island yesterday in the southern province of Krabi. Officials made it known that this is a first for Krabi, no dead whale sharks had washed ashore before.

The manager of the Sayang Beach Resort on Koh Lanta, Somboon Kaengraeg, spotted the dead whale shark and reported it to officials.

The investigation revealed the whale shark was 7.3 metres long and weighed 2.5 tons, and had been dead for about three days. There were no wounds or traces of an attack on the body. The carcass was later lifted onto a backhoe truck and sent to a laboratory for an autopsy to try and determine the cause of death.

The report added that many whale sharks had been spotted swimming in the Krabi sea and many tourists came to the area to see them.

Several Thai divers expressed their condolences. One diver said he believed the whale shark was living in the area between Koh Phi Phi and Koh Lanta. The diver added that the whale shark had been spotted a number of times but it disappeared about 10 days ago.