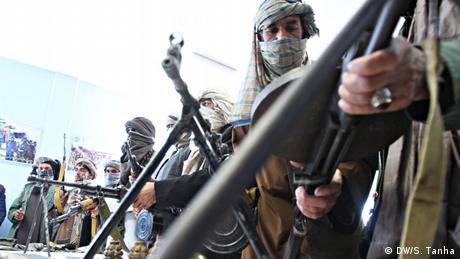 Reports published in Indian media last week suggest that New Delhi is willing to start a dialogue with factions of the Afghan Taliban. The outreach is reported to be led by security officials and is limited to the Taliban factions that are considered “nationalist” and not under the influence of Pakistan or Iran.

The reported move comes months after the US announced a complete troop withdrawal from the war-ravaged country by September 11. European countries that have a military presence in Afghanistan decided to follow suit.

Though neither India nor the Taliban has confirmed their engagement, India’s External Affairs Ministry said in a statement that it was in “touch with various stakeholders” in the Afghan reconstruction process.

“It’s a significant shift because New Delhi is going from a nonexistent relationship to the beginning of some kind of a communication channel,” Michael Kugelman, deputy director and senior associate for South Asia at the Washington-based Wilson Center, told DW.

“It’s not surprising though. There had been indications in recent months that the Indian government was looking to reach out to the Taliban. But now this is a game changer because India had long been seen as the regional player that really didn’t have those links with the Taliban. Every other country in the region has had some form of a relationship with them,” he added.

Experts say that, after decades of a tough stance against the Taliban, India has realized the urgency of establishing a communication channel, because, with the Americans leaving Afghanistan, it will be up to the regional stakeholders to ensure that the country doesn’t become a safe haven for militants once again.

India is a major stakeholder in Afghanistan and has increased its influence in the country since the US toppled the Taliban regime in 2001. It is the largest regional donor to Kabul, having given nearly $2 billion (€1.65 billion) in reconstruction aid. In November 2020, India announced around 150 additional projects worth $80 million in Afghanistan.

“Given the kind of investments India has made, and the fact that it has a good reputation among Afghans, New Delhi would like to continue working in a direction that positively contributes to Afghanistan’s evolution as a modern nation state,” Harsh V Pant, head of the Strategic Studies Program at the Observer Research Foundation in New Delhi, told DW.

“Why would it cede space to Pakistan? India will do everything that is needed to preserve its stakes in the country. This means India should be talking to everyone,” Pant added.

Kugelman is of the view that reaching out to the Taliban “is in part meant to address concerns about regional security, as it impacts India specifically.”

“At the end of the day, India wants to ensure that its nationals and its interests in Afghanistan are not going to get targeted by the Taliban,” Kugelman said.

Nasratullah Stanakzai, a lecturer at the University of Kabul, said India considered the Taliban a force and would like to talk to the group, as “there are no permanent friends or enemies in politics.”

India has always looked at the Taliban as a group that was supported and brought to power in 1996 by its regional archrival, Pakistan.

India’s no-engagement policy with the Taliban was first tested during the hijacking of an Indian aircraft in 1999. New Delhi accused a Pakistan-based jihadi group of orchestrating it. The plane was taken to Kandahar, Afghanistan, and was quickly surrounded by Taliban fighters.

“The aircraft thereupon came within the control of the Taliban authorities, whom we do not recognize and with whom we have no official contact. This, however, was not permitted to stand in the way of our dealing with them,” Jaswant Singh, India’s external affairs minister at the time, said in a statement.

According to reports, the Taliban became mediators between the hijackers and India in a bid to draw media attention. The negotiations ended with India exchanging three militants in its custody for the plane passengers.

“India is now formally a part of the peace process, so it certainly has a seat at the table where it will be closely looking to see whatever power structure emerges gives voice to all stakeholders,” Pant said.

For the Taliban, India could provide a link to the international community to ensure funding and support.

If the Taliban refuse to cooperate with India, New Delhi can use its clout to bolster regional opposition to the group.

“The Taliban are concerned that India could threaten their interests in Afghanistan. Therefore, the group is willing to assure India that its interests will not be threatened in Afghanistan,” Ahmad Saidi, a former Afghan diplomat in Pakistan, told DW.

But much depends on how the Taliban respond to India’s outreach.

“Looking at the trajectory in Aghanistan, the Taliban are poised to make major gains on the battlefield and can even take over the country. This worries India because of the implications it is going to have in terms of how that can empower Islamist militants in Afghanistan,” Kugelman said.

The process of engagement between India and the Taliban is still at a very nascent stage. Experts say that for now both sides are trying to analyze each other’s motives. Meanwhile, Islamabad and Kabul must also be looking at India’s moves closely.

Burkina Faso: ‘Terror is a big part of the economy’