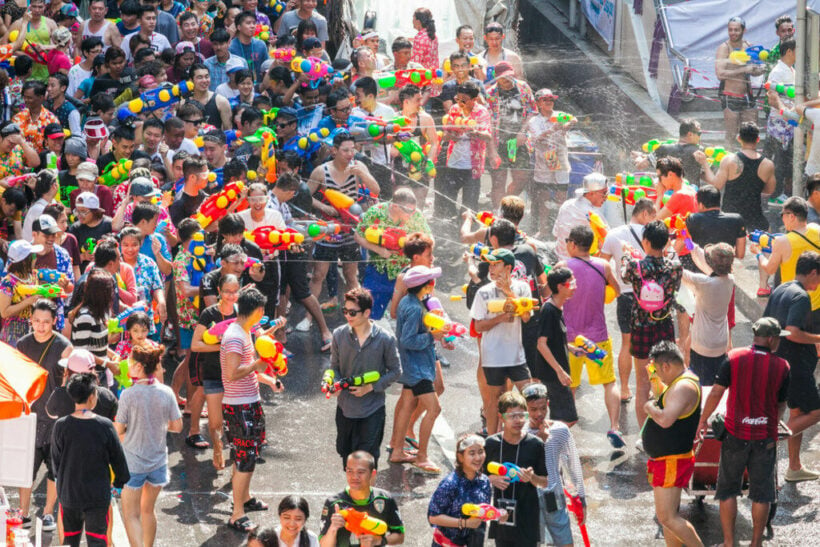 There are a number of public holidays in Thailand, many of which are directly related to Buddhism or the Thai royal family. When visiting Thailand, it’s a good idea to keep tabs on when they are. Most companies and government places close on public holidays but don’t fret because tourist locations are open as usual. There is one problem that comes with a vacation in Thailand, especially if it’s a long break, and that is traffic. On holidays related to religion, alcohol won’t be sold so please, keep this in mind.

Thai holidays are dependent on the lunar calendar and they will happen on different days from year to year. Below is a list of holidays in Thailand, and what they mean.

The Spring Festival delivers one of the most exciting celebrations in Yaowarat, Bangkok’s Chinatown. The small, lively lanes of Chinatown are a wonderful location to visit at any time, but things really get going during Chinese New Year. There will be lots of firecrackers, dragon dancers and families of Chinese ancestry all flock to the area to participate in the street celebration as well as enjoying delicious Chinese meals.

Makha Bucha – February 16 (The date varies on the Lunar cycle)
In Thailand, Laos, Cambodia, and Sri Lanka, the second most important Buddhist holiday is honoured on the full moon day of the third lunar month, according to the Buddhist calendar. Thais make merit by making donations to monks and reciting Buddhist scriptures at local temples. Monks and faithful Buddhists celebrate the religious festival by taking part in a commemorative candlelight walk in the evening.

The holiday was first recognised in modern day Thailand during the days of King Rama IV, who ruled between 1851 and 1868. Before it was only celebrated on the grounds of the royal palace, before becoming more widely known nationally and eventually being introduced as an official Thai holiday.

Songkran – April 13 to April 16
Songkran, or the Thai New Year, is the largest and most famous of Thailand’s many traditional festivals. Known for huge water fights and water blessing ceremonies, it’s been celebrated for generations and is rich in culture and tradition. Every year, the celebrations begin on April 13 and normally last for three days but usually, locals take the entire week off. The holiday is heavily reliant on water, which symbolises the washing away of the past year and allows people to prepare for the new one. It’s also a time for family reunions, when absent relatives travel home to spend time with their loved ones.

Water, according to locals, is purifying and cleansing: it washes away negativity and worries while bringing great luck and happiness. You can find Buddha statues all around the country, many people will pour water on them as they wish for good health and fortune.

Labour Day – May 1
Labor Day is also known as May Day and International Workers’ Day. Many countries around the world mark it as a public holiday. It is usually connected with the celebration of the worldwide labour movement’s achievements.

Coronation Day – May 4
May 4 marks the annual anniversary of the coronation of Thailand’s King, King Maha Vajiralongkorn. The crowning of Vajiralongkorn was Thailand’s first ceremony in nearly 70 years after the passing of his father, King Bhumibol Adulyadej (King Rama IX). Vajiralongkorn had been the crown prince since 1972 and has been king since 2016 after his father died. However, his crowning did not take place until 2019. He is also known as Rama X because he is the Chakri dynasty’s tenth ruler.

Visakha Bucha Day – May 16
Visakha Bucha Day is the most significant and sacred day in the Buddhist calendar. It marks three significant events in the Lord Buddha’s life: his birth, enlightenment at the age of 35, and death 45 years later at 80 years old. All of which happened on a full moon day of the sixth lunar month, according to Buddhist tradition.

Visakha Bucha Day is a day when followers visit temples to “make merit” by making donations and participating in various ceremonies. They also listen to lectures on Buddha’s teachings, meditate, recommit to following the precepts of Buddhism, and provide food to temple workers. Some people release birds or fish to free themselves of “bad karma.”

Queen’s Birthday – June 3
This is the current queen’s birthday, and it’s a national holiday in Thailand. If the day falls on a weekend, the holiday will be compensated for Monday. The former queen’s birthday remains a public holiday. However, it is now celebrated on August 12 as “National Mother’s Day.” Queen Suthida became Thailand’s current queen on May 1, 2019.

Asahna Bucha Day – July 13
Asanha Bucha Day is a Buddhist holiday in Thailand honouring the 2,500th anniversary of the Lord Buddha’s first sermon at Benares, India. In 2007, it took the role of Buddhist Lent as a legally recognised holiday. In the Western calendar, the date is determined by the lunar cycle. It is often referred to as Asalha Puja or Dhamma Day. Just like any other Buddhist holiday, locals will visit the temple to make merit.

King Vajiralongkorn’s birthday – July 28
The birthday of King Maha Vajiralongkorn, or commonly known as King Rama X. He became king in 2016 after his father, King Bhumibol passed away. He’s the only son in the family, and was 64 when he took over the throne.

Anniversary of the Death of King Bhumibol (King Rama IV) – October 13
King Bhumibol was the previous King of Thailand. He’s the father of the current sovereign, King Vajiralongkorn. He was in power for 70 years and loved by many. His reign as monarch and head of state was longest in history. He passed away in 2016. His death was mourned for a whole year. Bhumibol Adulyadej was born on December 5, 1927, and died on October 13, 2016. He ascended to the throne in 1946 and ruled for 70 years, earning the title “Father of the Nation.”

Chulalongkorn Day – October 23
The holiday is also known as “Wan Piyamaharaj Day” in Thailand. The day honors the death of King Chulalongkorn, also remembered as King Rama V, Thailand’s fifth King. He oversaw some major reforms in Thailand, including the Thai educational system, military affairs, the state railway, and the Slave Liberation Act, all without violence.

From 1868 until 1910, his rule was highlighted by considerable social and economic growth, including the end of slavery and creation of the state labour service. His picture can be found in many family homes, stores, and halls throughout the country, alongside the present King Rama X.

Father’s Day – December 5
Yes, Father’s Day is a national holiday in Thailand. The late Thai King Bhumibol Adulyadej was born on December 5, and although he died in 2016, his birthday is celebrated each year as National Father’s Day. He was born in 1927 in Cambridge, Massachusetts, US as his dad was studying at Harvard at the time.

Although the monarchy has had limited influence in Thailand, since the establishment of a constitutional monarchy in 1932, King Bhumipol has been a rock of stability despite the turbulence of Thai politics over the years.

Constitution Day – December 10
Thailand celebrates Constitution Day on December 10, recalling the introduction of the nation’s first permanent constitution in 1932. It honours the laws that have been written since Thailand’s transition to a constitutional monarchy in 1932, after 800 years of absolute monarchy. Modern Thailand began with the Chakri Dynasty in 1782, with Bangkok as its capital and Rama I as its first king. These were all absolute monarchies, and the constitutions of 1932, and what followed later, reduced the monarchy’s influence while putting greater power into the hands of the people’s political representatives.

Because the celebration is within days of the late King’s Birthday on 5 December, some locals will take a few days off so they have a long holiday.

New Years Day – December 31/January 1
This is the most celebrated holiday, for obvious reasons. Thais like to take advantage of the long holiday and there will be a lot of travelling going on during this time of year, both domestically and internationally. Those who are working in the city are likely to go back home to visit their families. Every office and school is closed on December 31 and the first day of the new year.

There are many events and parties across the country, as expected, from parties at the office, celebrations with friends and families, or the main event which is held at numerous places such at CentralWorld, Bangkok, for the countdown.