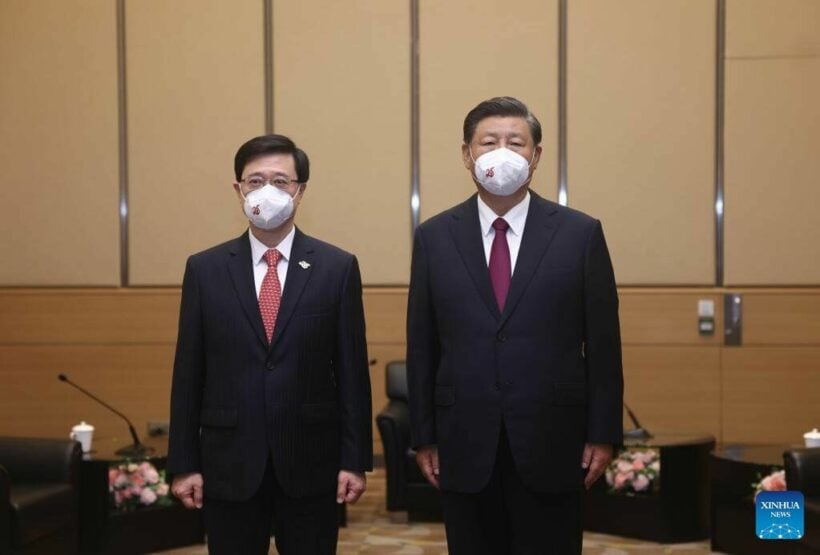 The office of Hong Kong’s new chief executive, John Lee, failed to respond to revelations yesterday that he received about US$1.4 million in donations during his election campaign, and broke electoral law.

The revelation he received donations is bizarre, to say the least, because he was the only candidate. He ran for the city’s top job against no one! Furthermore, why would a sole candidate break electoral law?

Lee was sworn in as Hong Kong’s chief executive on Friday last week by Chinese President Xi Jinping on the 25th anniversary of the city’s handover from British to Chinese rule.

The 64 year old allegedly spent US$1.1 of his campaign donations on advertisements, meetings, office rent, and transport.

The Guardian newspaper revealed donations came from 59 pro-Beijing business groups and the donations were all in cash. Apparently, his campaign group bought 3 banknote counters and a safe to keep the funds.

Lee had an easy ride to the top job because Beijing rewrote Hong Kong’s electoral processes in 2021, introducing a Chinese patriots only policy to ensure no candidate could be chosen without the support of the mainland.

Under the system, a committee of about 1,500 mainly pro-Beijingers choose Lee as the city’s leader from several vetted candidates.

Previous city chief, Carrie Lam, spent about US$300,000 on her election campaign in 2017 while she was competing against 2 other candidates. Lee’s expenditure on advertisements was about 5 times that of Lam.

Lee applied to the court for legal exemptions for failing to comply with the election rules when he ran for the job. It was noted the native Hong-Konger also failed to upload electronic copies of endorsements by 3 public figures, including an Olympic medallist, and a Canto pop singer, within 1 working day after an ads’ publication.

Lee’s office has not yet provided a comment on his donations.