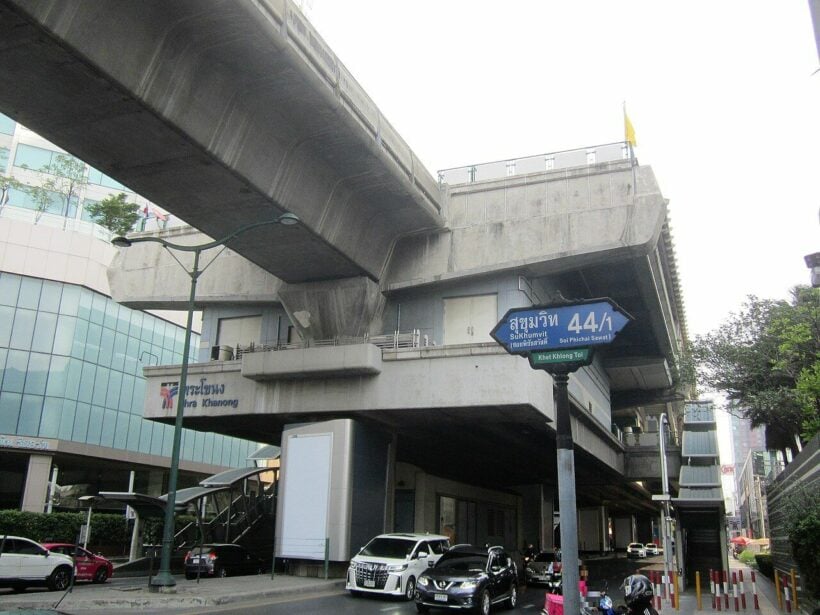 In an apparent suicide, a 38 year old woman jumped from the busy Phra Khanong BTS station over Bangkok’s Sukhumvit Road yesterday afternoon. First responders and police officers from the Klong Tan station were called to the scene and attempted to resuscitate the woman. Reports say the woman had critical head injuries and died on the way to Police General Hospital.

Police searched the woman’s body and found 2 notes that appear to have been written by the woman. A note said she lost her job after she contracted Covid-19 and she asked her parents for forgiveness. The woman had been treated for Covid-19 and released from the hospital sometime before the incident. Police are still investigating.

Suicides have risen in Thailand during the pandemic. According to a report by the Telegraph, Thailand has the highest rate of suicide among Southeast Asian countries with an estimated 1 person attempting to kill themselves every 10 minutes.

While suicide rates have been increasing before the pandemic, the rate jumped by 11% from 2019 to 2020. A spokesperson for Thailand’s Department of Mental Health told the Telegraph that those most vulnerable to suicide are those in the “red” zones under maximum control to combat the coronavirus. Bangkok, the epicentre of the recent wave, is now a “dark red” zone under the highest level of control.