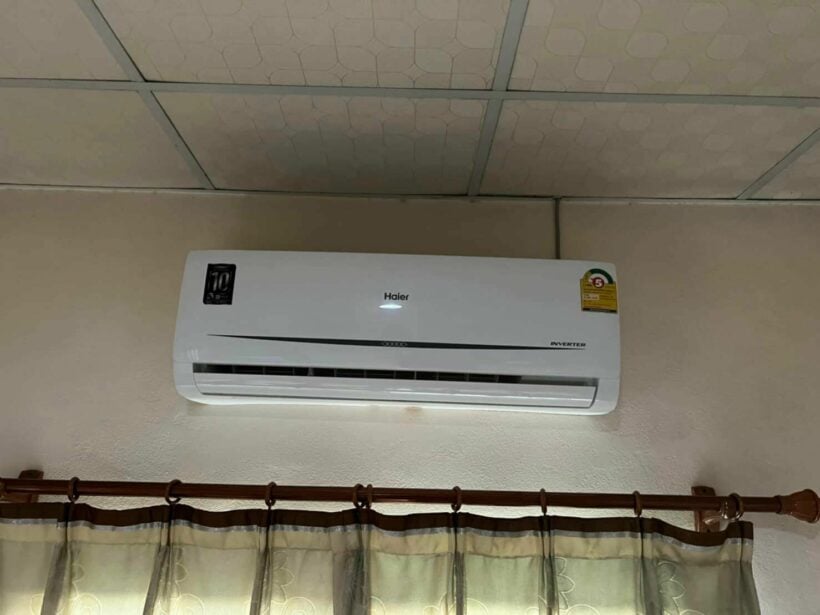 A Thai woman warned people to be careful after she was scammed into buying two second-hand air conditioning units with a secret top-up installment plan.

The woman posted her story on Facebook, under the moniker June Smile, of how she was conned into buying two air-con units with an extra 900 baht a month top-up plan despite believing she had paid for the units outright.

“I contacted the Haier air-con company customer service hotline and found out that both of the air conditioning units were under an installment plan. The company said the air-cons were ‘top-up air conditioners,’ and users needed to top-up monthly via a QR code, at 900 baht each month to use them. If not, the system would be cut off.”

The woman informed social media that in the end she decided to remove the two air con units even though it was going to leave her 8,000 baht out of pocket, and filed a complaint at a police station. She said she wanted to warn others to beware of this kind of scam.

A Facebook page iReview.in.th, that shares information and reviews about electronic appliances, explained that the top-up air con units use an Internet of Things system to control the air-con system remotely. If users fail to top up, the system is cut off by the company that controls it.