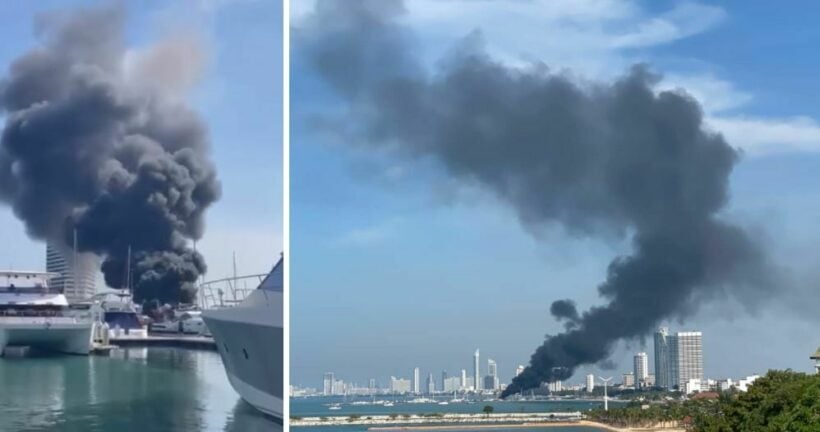 A yacht docked in Pattaya caught fire today, sending a dark cloud of smoke billowing above buildings along the coast. The Shiraz yacht docked at the Ocean Marina Yacht Club caught fire at around 10:58am today. It took firefighters 30 minutes to control the flames. Firefighters are still investigating, but the cause is suspected to be a short circuit. The damages are estimated to be around 18 million baht.

The 46 year old yacht captain told Thai media that he docked the yacht at around 2pm yesterday after a trip. Right before the fire occurred, the captain had prepared food and drinks for the next customers. Sometime after he left the yacht he got a call from someone on a boat nearby. Luckily, no one was on board the yacht when it caught fire.

Superstitious Cambodia PM to change his date of birth