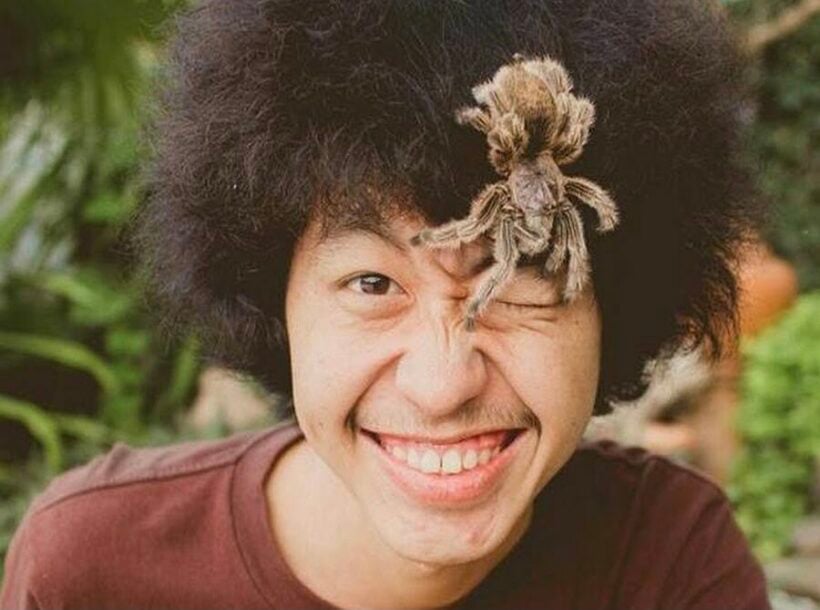 Wildlife Youtuber JoCho Sippawat made a wild discovery when, on one of his many outdoor expeditions in Thailand, he stumbled upon a tarantula species not previously known to humanity. The species, which scientists have officially named “Taksinus Bambus,” lives only in hollowed bamboo stems. JoCho discovered the species in a forest of Mae Tho, Mueang Tak district, Tak province, where he lives.

The newly discovered species has several highly unusual characteristics. It is the only known tree-dwelling taranchula in Thailand, according to researcher Narin Chomphuphuang. While most tree-dwelling tarantulas reside in many different types of trees, Taksinas Bambus is the only known tarantula species to live in one specific plant. The species creates tube-shaped burrows in bamboo stems, using its silk as a nest entrance. It also constructs silken tubes inside the bamboo into which it can retreat.

Life is dangerous for Taksinas Bambus. Many animals attack bamboo, especially beetles and worms. Sometimes, humidity causes bamboo to crack open, destroying the species’ cozy home. Narin said researchers are looking to save such biodiversity found in these forests.

“The first step is to inform people about this species and their locality. Then this forest area must be managed and protected for wildlife.”

The species’ name, Taksinus Bambus, was chosen in honor of the 18th century Thai king Taksin the Great. Narin is a researcher at Khon Kaen University’s department of entomology and plant pathology in Thailand.